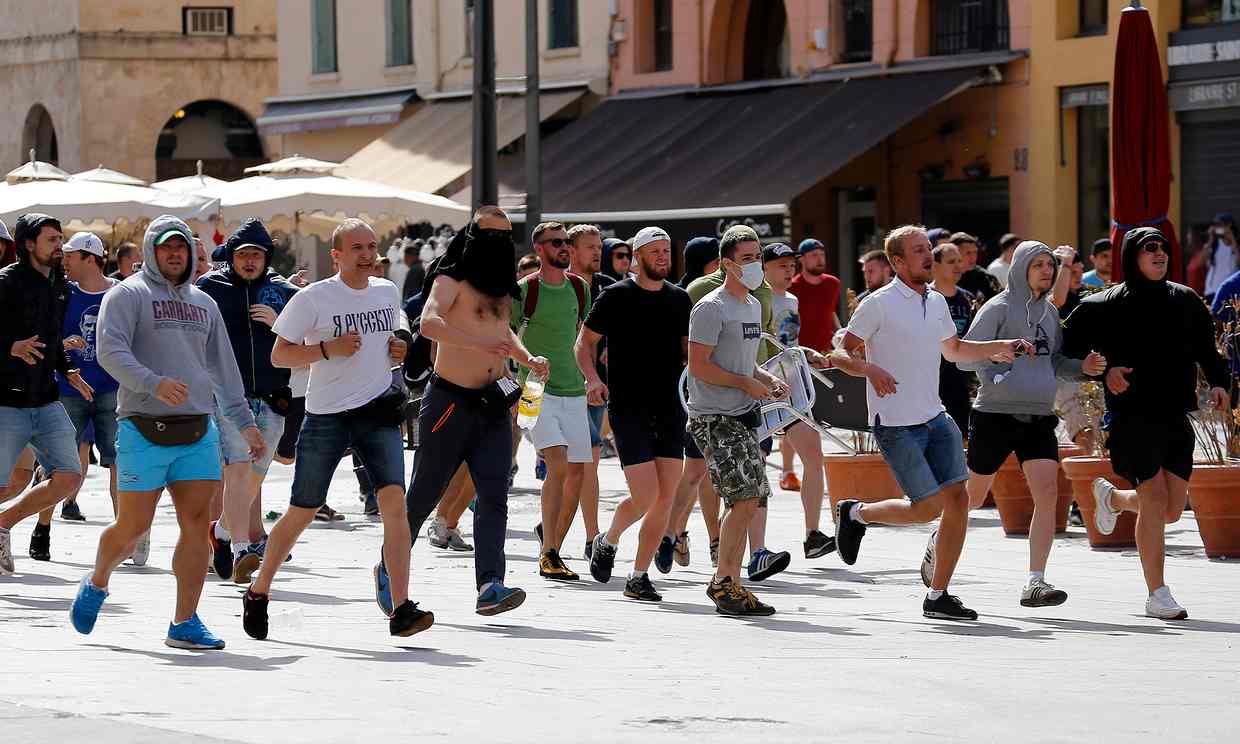 Russia’s Putin says will work to stamp out football hooliganism

President Vladimir Putin said on Friday (Jun 17) he regretted violence at the Euro 2016 football tournament in France involving Russian fans, pledging Moscow would work to try to stamp out hooliganism.

Putin, speaking at a question and answer session at the St Petersburg International Economic Forum, said he wondered how “200 of our fans beat up several thousand English fans.”