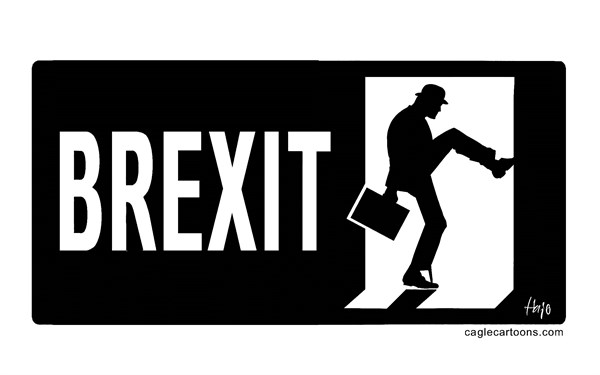 Implications Of Brexit For Pakistan

As part of my daily chores I read a lot of content pertaining to commodities, currencies and stock markets. I often wonder if this flood of information makes decision making by Pakistani investors easier or force them to make investment decisions that ultimately become loss yielding for most of them.

At present a lot of being talked about Britain’s exit from European Union (Brexit). Whatever may be the outcome of referendum scheduled for 23rd June, it will be of little consequence for Pakistan. This may sound a sweeping statement but if one keeps various factors in mind affecting trade between the two countries, understanding the likely implications will become much easier.

Britain may be a major buyer of ‘Made in Pakistan’ products but most of the trade is USD denominated. Therefore, involvement of three currencies i.e. GBP, EUR and USD often nullify the benefit emerging from the movement of one or more than one currencies.

Most of the investors prefer to convert their saving into USD, which they consider more trust worthy, simply because PKR value depreciates regularly. Many of the exporters try to without their payments outside Pakistan in anticipation of erosion in PKR value.

Movement of international gold price is also of little consequence. Pakistan consumes around 250 tons of precious metal per annum. Out of this 50 percent demand is met through ‘recycling’ and remaining quantity is ‘smuggled’ into the country. Official import is around half a ton for 10 months of current financial year. On top of this price in the local bullion market is driven by domestic demand rather than international price.

There are two global benchmarks of oil, Brent and WTI, these carry hardly any relevance for Pakistan because the country buys ‘Middle East Crude’ where price is driven by ‘geopolitical’ considerations rather than prevailing international prices of Brent and WTI.

There is also a lot of hype about Pakistan’s inclusion in MSCI Emerging Markets and the overall perception is that up to USD1.5 trillion can make inroads into Pakistan. The statement sounds highly exaggerated keeping in view the inflow/outflow of foreign funds.

Overseas investors already hold 30 percent shares of the blue-chip companies. According to some estimates often monthly outflow comprising of dividend/capital gains exceeds inflow. Therefore, one of the possible fall outs could be outflow surpassing inflow.
Last but not least the hype about the US Fed increasing interest rate sounds like ‘exchange rate maneuvering’. On one or the other pretext the Fed has been deferring interest rate hike for more than a decade and hoping any hike in near future is hoping against hopes.

Pakistani’s should pay more attention to factors affecting its economy and ruling junta should try to remove the impediments affect GDP growth and exports rather than introducing news tax measures. It has been reported in media that the incumbent government has already exceeded its expenditures by more than PKR250 billion against the target, exports have nosedived and there is visible deceleration in remittances. Many experts warn that debt servicing has become unsustainable and the government is borrowing more and more to pay off the debts.