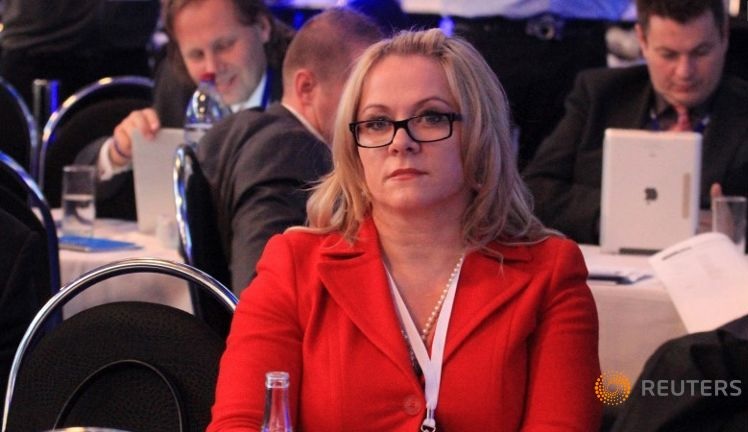 A Czech court cleared the wife of former prime minister Petr Necas of abuse of power for a second time on Friday (June 17) for her part in a spying scandal that toppled his government in 2013.

Prosecutors had appealed an acquittal from a year ago and sought a sentence against Jana Necasova, formerly Nagyova, a top aide to Necas whom he later married, for ordering surveillance of his then-wife in 2012 as they went through divorce proceedings.

The case is part of a wide graft and spying scandal that brought down Necas’s centre-right government three years ago, altering the central European country’s political landscape.

Necasova worked at the time as Necas’s head of office. She has denied wrongdoing and said her surveillance order was to protect Necas’s then-wife. Prosecutors, who can appeal Friday’s ruling, argued that it was to collect information.

Besides Necasova, the court also cleared two former heads of military intelligence and one officer, a court spokeswoman said.

The scandal helped bring the Social Democrats to power after more than seven years in opposition and gave rise to the anti-corruption party ANO founded by billionaire Andrej Babis, who is now finance minister in a centre-left government coalition.

Corruption has long been a familiar gripe for Czech voters but efforts to tackle it have been mixed.

The country’s interior minister signed a contested police reform order this week that will merge the investigative unit that helped topple Necas into a new national bureau.

ANO opposed the changes, which were announced suddenly only last week, but it has backed off threats to quit the government.

State prosecutors have voiced worries over the impact the police changes will have on open cases and the head of the organised crime unit, who played a key role in the Necas government investigation, resigned in protest.

The unit drew criticism for the way it carried out raids when arresting Necasova back in 2013. Necas was later also charged in the scandal but some of the allegations have been thrown out by courts and he has not been convicted of any crime to date.