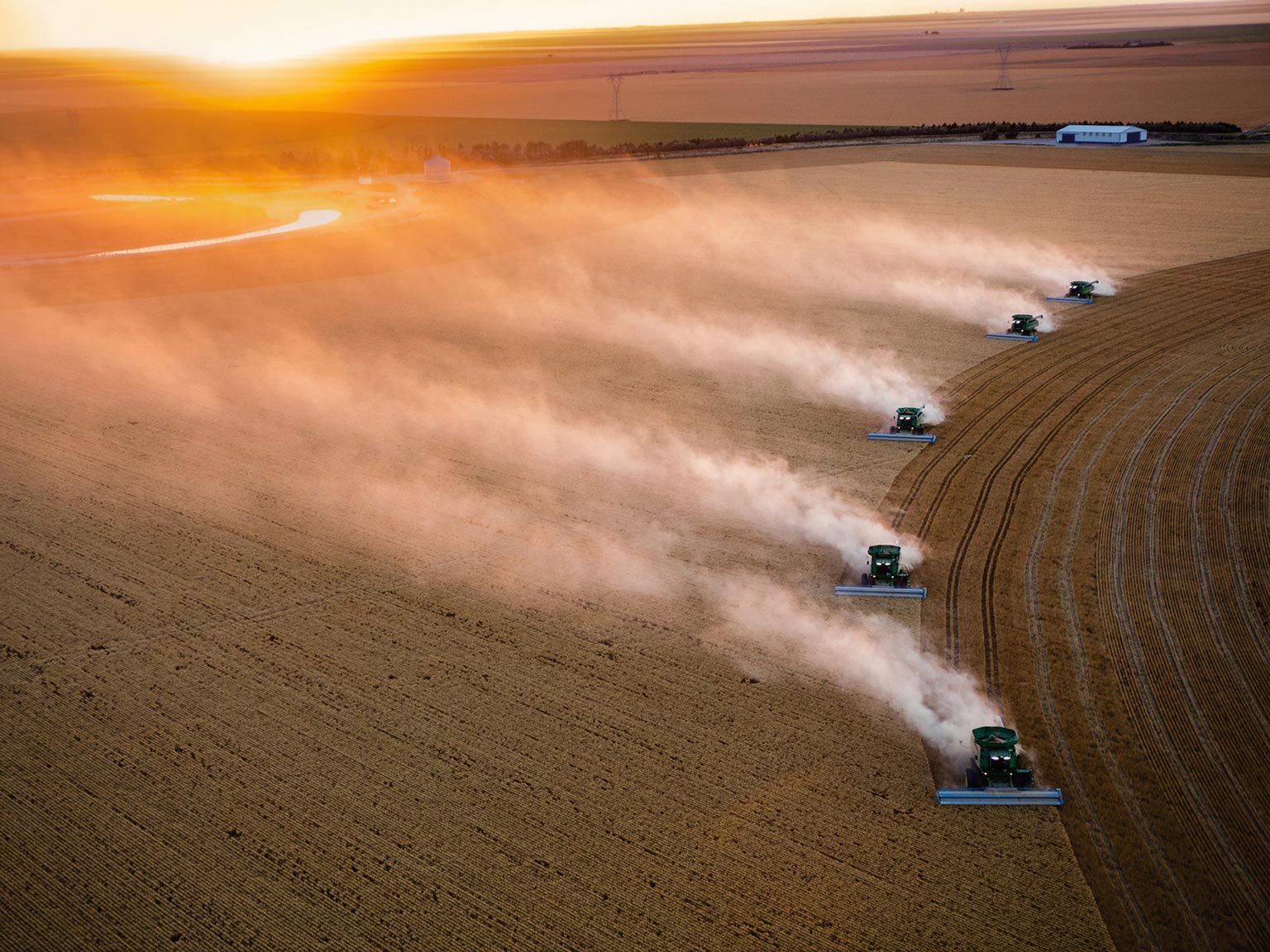 A new study says that emissions from farms outweigh all other human sources of fine-particulate air pollution in much of the United States, Europe, Russia and China. The culprit: fumes from nitrogen-rich fertilizers and animal waste that combine in the air with industrial emissions to form solid particles—a huge source of disease and death. The good news: if industrial emissions decline in coming decades, as most projections say, fine-particle pollution will go down even if fertilizer use doubles as expected. The study appears this week in the journal Geophysical Research Letters.

Heavy use of fertilizers is a major contributor to fine-particulate air pollution in much of the United States, Europe, Russia and China. (Courtesy U.S. Bureau of Labor Statistics)

Agricultural air pollution comes mainly in the form of ammonia, which enters the air as a gas from heavily fertilized fields and livestock waste. It then combines with pollutants from combustion—mainly nitrogen oxides and sulfates from vehicles, power plants and industrial processes—to create tiny solid particles, or aerosols, no more than 2.5 micrometers across, about 1/30 the width of a human hair. The particles can penetrate deep into lungs, causing heart or pulmonary disease; a 2015 study in the journal Nature estimates they cause at least 3.3 million deaths each year globally.

The new study is not the first to flag agricultural pollution; many regional studies, especially in the United States, have shown it as a prime source of fine-particulate precursors. However, the study is perhaps the first to look at the phenomenon worldwide, and to project future trends. It shows that more than half the aerosol ingredients in much of the eastern and central United States come from farming. In Europe and China, the effect is even stronger. The aerosols form mainly downwind of farming areas, in densely populated places where farm emissions combine through a series of chemical reactions with those of cars, trucks and other sources.

“This is not against fertilizer—there are many places, including Africa, that need more of it,” said lead author Susanne Bauer, an atmospheric scientist at Columbia University’s Center for Climate Systems Research and the NASA Goddard Institute for Space Studies. “We expect population to go up, and to produce more food, we will need more fertilizer.”

The fact that agricultural emissions must combine with other pollutants to make aerosols “is good news,” said Bauer. Most projections say that tighter regulation, cleaner sources of electricity and higher-mileage vehicles will cut industrial emissions enough by the end of this century that farm emissions will be starved of the other ingredients necessary to create aerosols. A study this January showed that global industrial nitrogen oxide emissions declined from 2005 to 2014, even as farm emissions boomed. (Fast-growing China and India are exceptions.)

Production of artificial fertilizers has skyrocketed from about 20 million tons in 1950 to nearly 190 million tons today–about a third of them nitrogen-based. Fertilizer production will almost certainly keep growing to keep pace with human population, but the amount of aerosols created as a result depends on many factors, including air temperature, precipitation, season, time of day, wind patterns and of course the other needed ingredients from industrial or natural sources. (In parts of Africa, Asia and the Middle East, aerosols or their precursors come mainly from desert dust, sea spray or wildfires.) The largest increases in farm emissions will probably be in Africa, while the slowest projected growth rates are in Europe, says the study.

Fabien Paulot, an atmospheric chemist with Princeton University and the National Oceanic and Atmospheric Administration who was not involved in the study, said, “You might expect air quality would decline if ammonia emissions go up, but this shows it won’t happen, provided the emissions from combustion go down.”  That means that pollutants other than ammonia should probably be targeted for abatement, he said.

Johannes Lelieveld, lead author of the 2015 Nature study disagreed. “The article underscores that all source categories should be controlled,” he said. “One should be cautious about suggesting that food production could be increased” without increasing pollution, he said because that “critically depends” on the assumption that societies will successfully curb industrial emissions. Lelieveld cited the recent scandal over Volkswagen’s fraudulent auto-emissions controls, and pointed out that even with the recent reductions in industrial pollution, most nations including the United States still have large areas that exceed the World Meteorological Organization’s recommended maximum of 10 micrograms of fine particulates per cubic meter.

Bauer says that if future industrial emissions go down, much farm-produced ammonia will end up in earth’s troposphere, roughly 2 to 10 kilometers from the surface. There, lightning and other natural processes may also help create fine particulates—“but it will be so high up, it won’t be a problem for us,” she said. Most of these particles would be trapped by raindrops and removed harmlessly, she says.

All this said, agricultural pollution raises other concerns. Vast quantities of excess fertilizers wash off fields each year, polluting huge watersheds; as just one example, each summer an oxygenless “dead zone” spreads from the mouth of the Mississippi River, fueled by excess nitrogen from upstream. More careful fertilizer application would solve a lot of this, said Bauer. On the other hand, industrial sulfates have been credited with reflecting solar radiation and thus slightly mitigating ongoing global warming caused by other fossil-fuel emissions. “It’s all pollution, but in some sense, some of it is good,” said Bauer. “We have to decide: do we want a small cooling effect, or do we want clean air?”