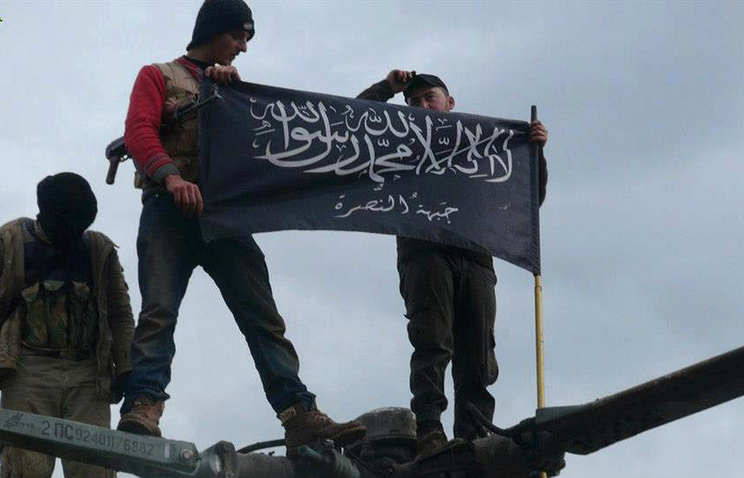 Moscow suspects that the West would like to preserve the Jabhat al-Nusra terrorist organization (outlawed in Russia) in some form and use it for the overthrow of Syria’s current authorities, Russian Foreign Minister Sergey Lavrov said at a meeting of the Valdai discussion club on the sidelines of the St. Petersburg International Economic Forum.

“One has the impression that some sort of gambling is underway, that some would like to keep Nusra handy in some form to eventually use it for the overthrow of the regime,” he said. “At least, I put a straight question to John Kerry. He vowed it was not so. But then it remains to be seen why the Americans, given the opportunities they have, are unable to pull the groups they cooperate with out of the territories controlled by the bandits and terrorists.”

According to Lavrov, Moscow is urging the United States to be more patient on the Syrian issue.

“I’ve seen John Kerry’s statement (to the effect patience regarding the future of Bashar Assad was wearing thin – TASS) and I found it surprising,” Lavrov said. “Normally Kerry is a self-reserved politician. I don’t know what happened. I saw US Department of State’s explanations of what Kerry said, too. One should be more patient.”

“As for the essence of what Kerry found so worrisome – and he said that patience was wearing thin because we are allegedly unable to do to Bashar Assad what we ostensibly should have done – I can say that we’ve made no pledges to anyone to do anything. We’ve given no promises,” Lavrov said. “We agreed that all those who work on the Syrian settlement should be guided by the agreements within the International Syria Support Group, enshrined in the UN Security Council’s resolution.”

US Secretary of State John Kerry, speaking in Oslo on Wednesday, said that ceasefire in Syria was in jeopardy. “Russia needs to understand that our patience is not infinite, in fact it is very limited with whether or not Assad is going to be held accountable,” Kerry said. Also, Kerry promised that the United States “is prepared to hold accountable members of the opposition” who have been involved in continuing violence.