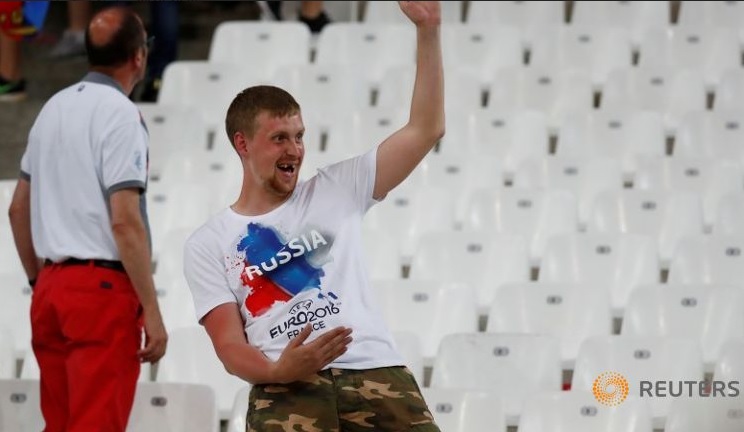 Russian Sports Minister Vitaly Mutko said on Wednesday (June 15) he could not rule out Russian football fans being involved in more violence at the Euro 2016 tournament in France because they were constantly being provoked, the TASS news agency reported.

Russia, whose fans fought pitched battles in Marseille at the weekend with their English counterparts, is due to play Slovakia later on Wednesday in Lille where English and Welsh fans have gathered ahead of their two teams’ game on Thursday.

“I do not have any certainty that disorder involving Russian fans will not be repeated,” TASS quoted Mutko as saying. “Our fans are constantly being provoked. And whatever happens it is immediately said that the Russians are guilty.”

Russian state TV on Wednesday broadcast what it said was footage of an English football fan stamping on a Russian flag in Lille, part of what Russian officials say has been a pattern of offensive provocations towards Russian supporters.

UEFA has said Russia will be thrown out of the tournament if there is a repeat of the violence by Russia fans which marred the end of last Saturday’s match against England.

“There are now 15-20,000 Russians in different towns (in France),” Mutko was cited as saying. “Most of them want to watch good football.”