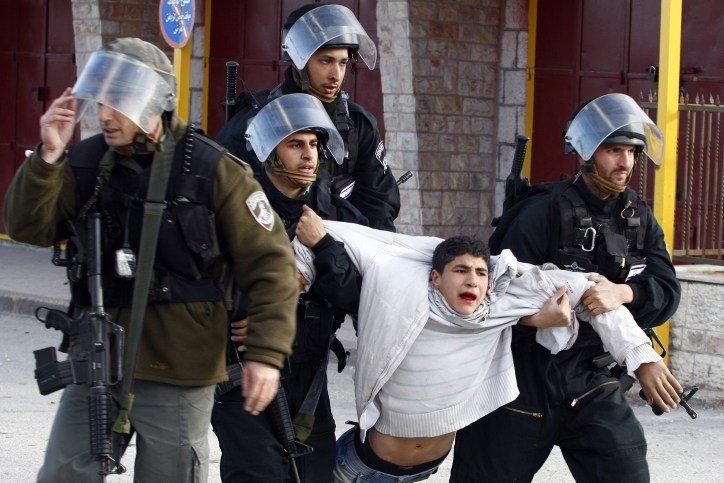 Israeli soldiers have kidnapped, on Wednesday (June 15) at dawn, at least seven Palestinians in the occupied West Bank, in addition to one Palestinian who was kidnapped late at night, Tuesday, at a military roadblock, near Bethlehem.

The Palestinian Prisoners Society (PPS) has reported that the soldiers kidnapped a Palestinian woman from Hindaza area in Bethlehem, as she was on her way to visit with her imprisoned son.

The soldiers, stationed on a military roadblock near al-Jab’a village, west of Bethlehem, stopped a bus transporting families of political prisoners on their way to visit with her imprisoned siblings, and kidnapped Fawz Ali Mahmoud Awwad, 42.

The soldiers also fired dozens of gas bombs and concussion grenades during the invasion.

On Tuesday evening, the soldiers kidnapped a young Palestinian man, after stopping him at a military roadblock near Teqoua’ town, east of Bethlehem.

The Palestinian, identified as Mousa Ahmad Sa’id, is from the Jenin refugee camp, and was returning home from work when the soldiers abducted him.