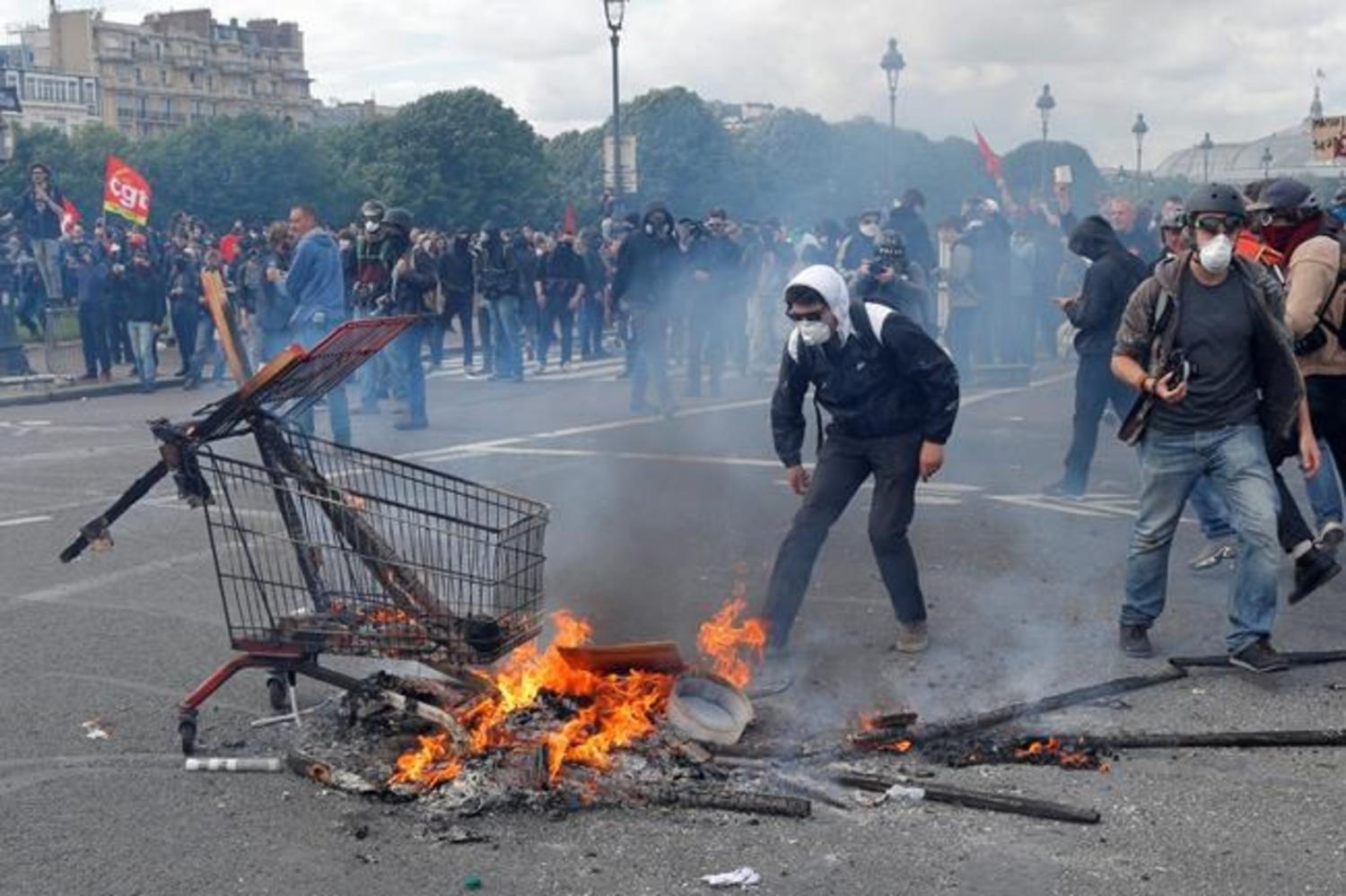 On the sidelines of a CGT-led march on Tuesday, gangs of black-clad youths hurled makeshift firebombs at police and broke windows, including at Paris’ main children’s hospital.

“When you cannot organise a demo and take responsibility, leaving thugs in the middle of the march … then you don’t organise this sort of demonstration that can degenerate,” Valls said on France Inter radio.

Police fired dozens of rounds of teargas and used water cannons to disperse the groups of youths during the rally, which police said had a turnout of 75,000-80,000 in Paris alone, roughly three times more than at recent big demos.

The Paris police department reported 58 arrests, including many foreigners, with 24 police and 17 protesters injured.

“We cannot have a general ban (on demos), but we will take our responsibilities. We can no longer have this disgraceful show with things getting out of control,” Valls said before visiting the Necker children’s hospitable to inspect the damage.

Despite the latest violence, Valls repeated his refusal to back down on the reform to make hiring and firing easier, saying that the bill had already been watered down to take into account more moderate unions views.

Backed by smaller militant unions, the CGT is battling to be France’s top union with the CFDT, which supports the reform that would also devolve the setting of pay and working conditions to the company level.

Valls also pledged his support for the police force after the killing this week of a policeman and his wife by a Frenchman who pledged allegiance to the militant Islamist group Islamic State.

The government has called the killing a terrorist attack, and Valls said there would be inevitably be more deaths.