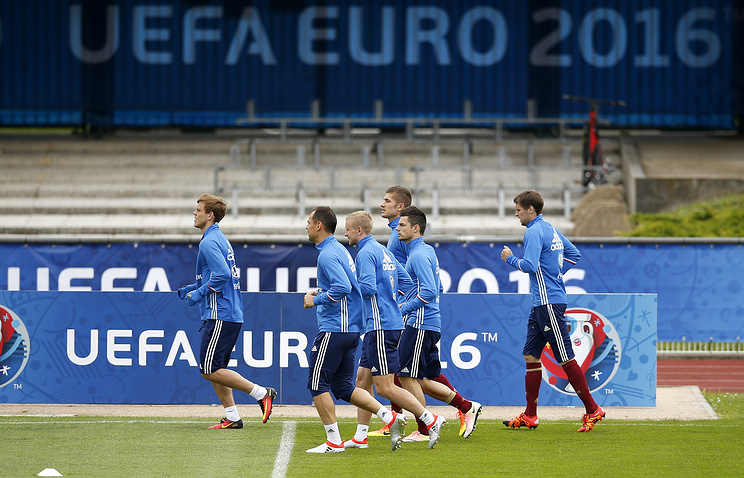 Russia to face Slovakia in its second match at Euro 2016

The Russian national team will face the team of Slovakia in their second match at the 2016 UEFA European Championship. The match will take place in Lille.

The match between Russia and Slovakia opens the second group stage. The Russian team managed to avoid defeat in the game against England (1:1) in the last seconds, but the team of Slovakia lost to Wales (1:2). In case Russia wins, it receives 4 point, which would likely allow it to enter the 1/8 finals, but it does not guarantee the second place in the group.

Lille authorities expect that about 15,000 Russian fans will arrive at the match. About 4,000 law enforcement officers will work during the match to provide security in city.

“The independent UEFA Control, Ethics and Disciplinary Body (CEDB) met today in Paris to deal with the disciplinary proceedings opened against the Russian Football Union (RFU) following the incidents which occurred inside the Stade Velodrome in Marseille, at the UEFA EURO 2016 match against England on 11 June,” the statement from the CEDB said.

“Charges relating to crowd disturbances, use of fireworks and racist behavior had been brought against the RFU, and the CEDB decided to impose… a fine of €150,000,” the statement said.

The UEFA also issued a suspended disqualification for the Russian team, which means that the national squad would be disqualified from the major European football tournament in case of the recurrent instance of Russian fans misbehavior.

“…this disqualification is suspended until the end of the tournament,” the statement said. “Such suspension will be lifted if incidents of a similar nature (crowd disturbances) happen inside the stadium at any of the remaining matches of the Russian team during the tournament.”

Altercations erupted between Russian and English fans ahead of the June 11th 2016 Euro Cup opening group stage match. Fights were reported to start on Thursday in Marseille peaking at Saturday’s match. Law enforcement resorted to tear gas and smoke pellets to disperse the brawlers.

The match between Russia and Slovakia will be held at the stadium Pierre-Mauroy in Lille on Wednesday, June 15, starting at 16:00 MSK. Damir Skomina from Slovenia was appointed the chief referee.

Another game of the second round in Group B between the teams of England and Wales will be held on June 16 in Lens at the Bollaert-Delelis stadium.