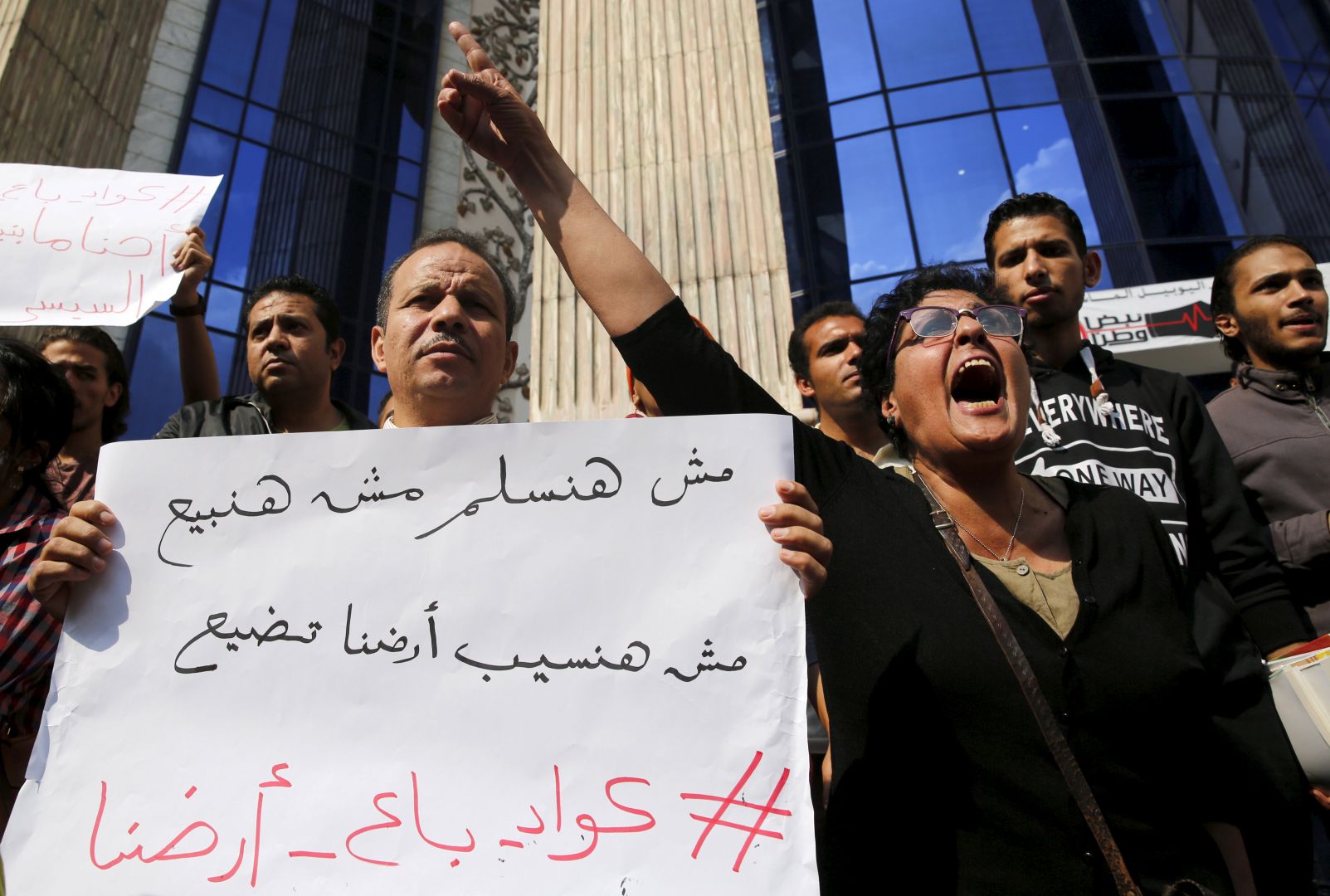 An Egyptian court acquitted on Tuesday 52 people who were standing trial for protesting against a government decision to transfer two Red Sea islands to Saudi Arabia, judicial sources said.

More than 200 people initially faced trial for taking part in several protests in April against President Abdel Fattah al-Sisi’s decision to hand over the islands of Tiran and Sanafir.

On April 15, thousands of people protesting over the islands called for “the fall of the regime”, a slogan from the 2011 uprisings which ended the 30-year-rule of president Hosni Mubarak. Hundreds of police were deployed in Cairo to quell further protests on April 25.

Authorities later freed many of those detained without charge, but sent others to trial.

An Egyptian court sentenced 152 protesters in May to between two and five years in jail in connection with the protests.

Forty-seven of those have since had their five-year jail terms cancelled by an appeals court. The court upheld fines of 100,000 Egyptian pounds (US$11,261.39) that each detainee is required to pay.

Earlier this month, another Egyptian court acquitted 33 of the protesters.

The prosecution did not issue any formal statement on Tuesday’s verdicts.

Saudi and Egyptian officials say the islands at the centre of the controversy belong to the kingdom and were only under Egyptian control because Riyadh had asked Cairo in 1950 to protect them. Many Egyptians dispute this.