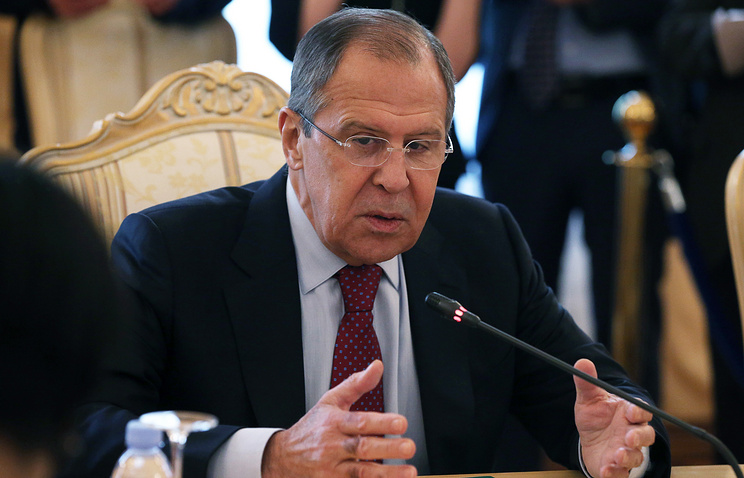 The positions of Moscow and Montevideo are similar on many issues, Russian Foreign Minister Sergey Lavrov said on Tuesday (June 14) at the meeting with Uruguayan Vice President Raul Sendic.

“This is not your visit to Russia but today you arrived in the new capacity,” Lavrov said. “We appreciate the opportunity to hold a meeting in the Foreign Ministry because positions of Russia and Uruguay on many international issues are very close or even the same,” he added.

We highly assessed the recent interview of the Uruguayan president to Russian television where he clearly confirmed adherence to partnership with Russia. We absolutely support the same track,” the foreign minister noted.

“We hope that your participation in the St. Petersburg International Economic Forum will allow to establish additional projects in the trade and economic sphere,” Lavrov concluded.

Uruguayan Vice President Raul Sendic said Uruguay is working on preparing a visit of its President Tabare Vazquez to Russia to strengthen the ties between the two countries.

“Uruguayan president’s visit to Russia would be important for cementing relations, we are working to make this a reality,” Sendic said.