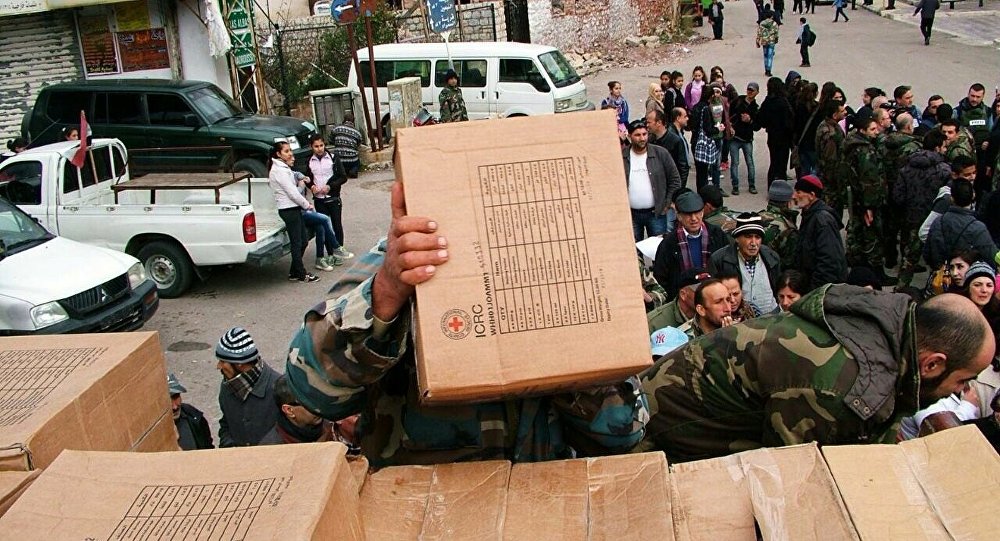 Russia’s military have delivered some 5 metric tons of humanitarian aid for the Christian community of the city of Latakia in Syria, a spokesman for the Russian center for reconciliation of the warring sides in Syria, Col. Alexander Vladimirov, told journalists.

Some 500 local residents received bags with individual food rations, tinned fish and meat, meal, macaroni etc. Military medics mounted a mobile medical facility and provided medical aid to all those in need of it.

“Today we delivered five tons of humanitarian aid to the city of Latakia. The food was received by people in need whose list was provided by the senior priest of the Church of the Andrew the Apostle,” Vladimirov said.

He said the aid was received not only by Christians but also by some 100 Muslims.

Earlier on June 14, the Russian ceasefire center said atotal of 18 tons of United Nations humanitarian cargoes, primarily food products and cereals, were delivered by a Russian plane to the Syrian city of Deir ez-Zor besieged by Islamic State terrorists.

Apart from that, according to the Russian center, four tons of humanitarian aid was delivered to people living in the settlement of Khmira in the province of Hama. The humanitarian cargoes included flour and cereals.

The center also said that more humanitarian convoys are being formed for Syrian citizens.