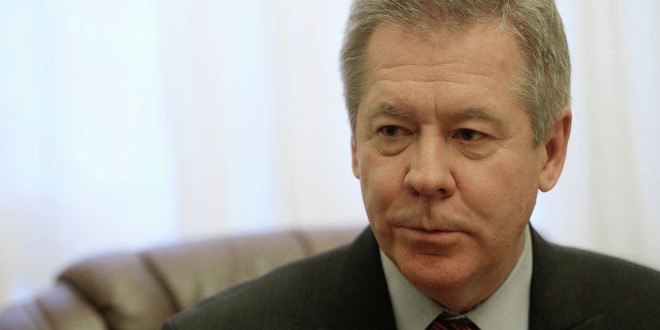 Intra-Syrian talks should not suffer from artificial delays, Moscow asserts

Russian Deputy Foreign Minister Gennady Gatilov called for resuming the intra-Syrian talks immediately, stressing that there should be no artificial delays in the talks.

“We believe that talks must resume as soon as possible, there should be no artificial delays,” Gatilov told RIA Novosti in an interview on Monday .

“The situation is already difficult” he said, adding that “Moreover, it is desirable to run it in the format of direct talks between the parties, between the government delegation and the opposition.”

He continued to say that “there is still no unity in the opposition,” pointing out that “this creates a very serious obstacle for the launch of a substantive dialogue process.”

“And of course the intra-Syrian-talks must not be taken hostage by desires, whims of a single opposition group. It must not dictate its demands,” Gatilov affirmed.