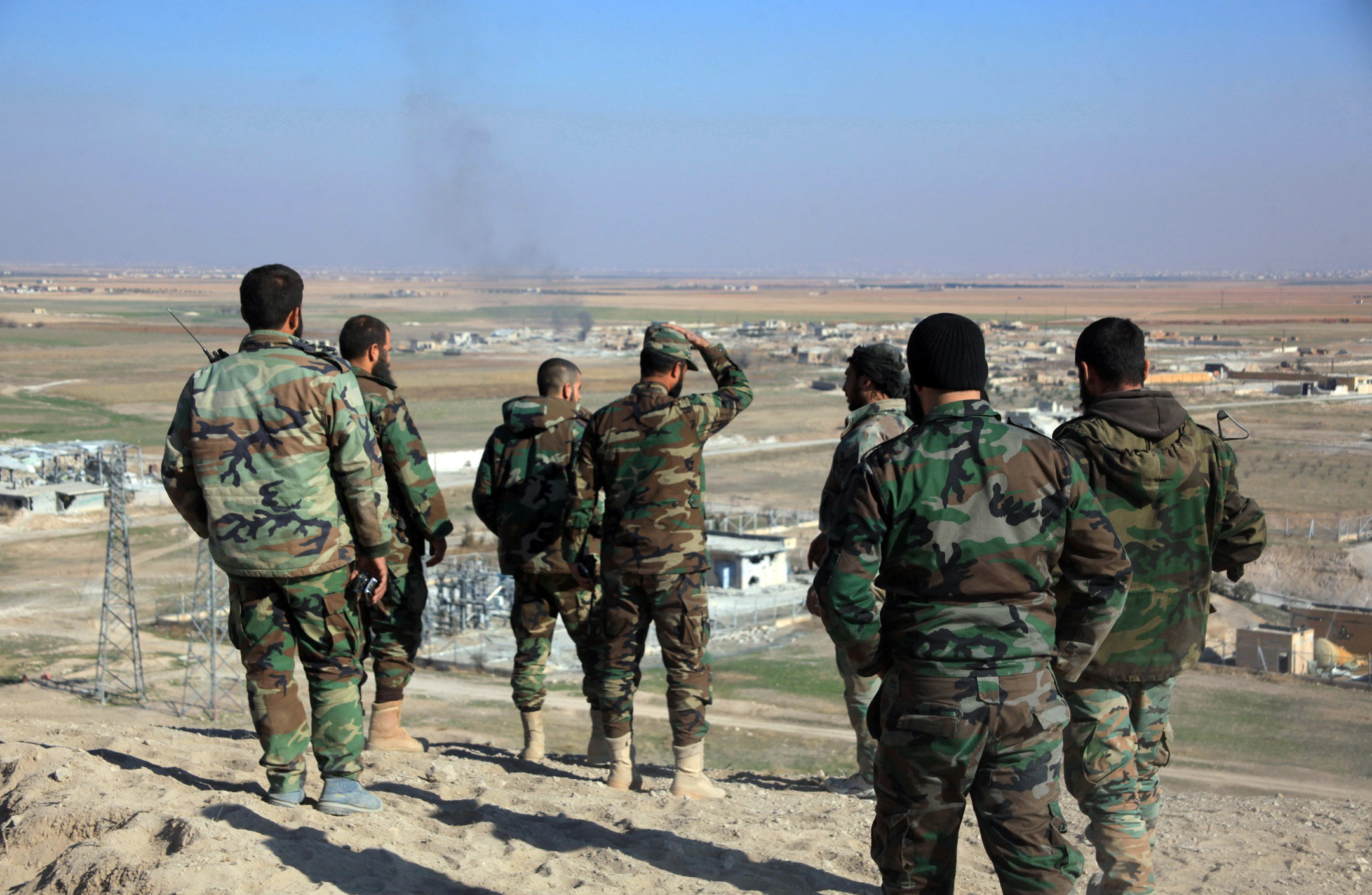 The army units and the Palestinian forces advanced in the Western part of al-Mallah farms and approached British Cemetery near Hraytan in the Western countryside of Aleppo city.

Over 30 militants of Jeish al-Mojahedin, Al-Ansar and Nour Eddin al-Zanki Movement terrorist groups were killed in clashes with the Syrian government troops.

The Syrian army and resistance forces are trying to paralyze the terrorists by taking full control of al-Mallah Farms and preventing their advances towards Handarat camp.

Scores of terrorists were killed and injured in the Syrian army’s artillery and missile attacks on their concentration centers.

Several military vehicles of the terrorists equipped with heavy machineguns were also destroyed in the Syrian army’s attacks.

On Sunday, the Syrian and Russian Air Forces, in separate but coordinated combat flights, targeted the strongholds of al-Nusra Front and Jeish al-Fatah in Northern, Southern and Western Aleppo, inflicting major casualties on the militants.

The Russian fighter jets bombed heavily positions of al-Nusra and Jeish al-Fatah in al-Zarbeh, Khan Touman, al-Qarasi, al-Hamira, Me’arateh and ICARDA in Sothern Aleppo, which claimed the lives of several militants and destroyed their military hardware in large scale.

The Syrian fighter jets, for their part, struck the militants’ centers in Anadan, Hraytan and Kafr Hamra in Northern Aleppo, which ended in the killing of several terrorists.

In the meantime, the militant positions in Kafr Dael West of Aleppo came under the heavy bombardments of the Syrian army aircraft.

The Syrian warplanes also hit the terrorist concentration centers hard in al-Yarmoun, al-Shaqif and Castello, which pinned down the militants’ movements in the region.

The Syrian army’s artillery and missile units also shelled the terrorist centers and positions in Bani Zeid, Castello, al-Mallah and al-Jandoun, which left scores of the militants dead or wounded.