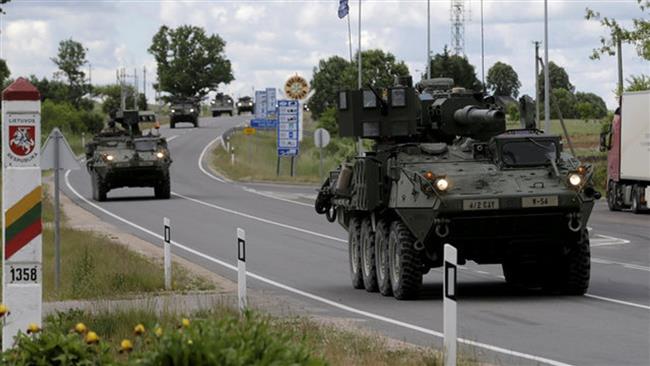 Leaders in the Baltic countries and Poland fear the force that NATO plans to deploy on their territory is unable to confront Russia.

NATO ministers are set to agree on deploying a new contingent of 4,000 troops to the Baltics and Poland at a summit in Brussels on Tuesday and Wednesday (June 14, 15).

The deployment, expected to be approved in a July summit in Warsaw, will be led by the United States, Germany, Britain and possibly Canada.

Once the decision is made, Britain is expected to deploy troops to Estonia, Germany to Lithuania, the US to Latvia and Canada possibly to Poland.

Ministers of Baltic countries and Poland, however, say the measure would not be enough “to deter Russian action.”

His country, Olekas said, was discussing creating a regional medium-range air defense system together with the Latvians, the Estonians and the Poles.

They seek medium-range missile interceptors from Norway’s Kongsberg Gruppen and US contractor Raytheon.

The Baltic counties have so far relied on their NATO allies’ aircraft to patrol their skies. Four British Eurofighter Typhoon fighter jets and four Portuguese F-16 fighter jets are currently carrying out the air mission.

Officials, however, say a lot more would be needed for air defense.

Russia is wary of the increased presence of NATO troops close to its borders and has pledged to respond accordingly to any threats posed by the alliance.

Russia’s Ambassador to NATO Alexander Grushko said last week that NATO’s plan for more deployments in Poland and the Baltic states “changes the regional situation in the sphere of security qualitatively.”

Such a move, he said, will “surely require not only a political response but also the appropriate military precautions.”

NATO has stepped up its military buildup near Russia’s borders since it suspended all ties with Moscow in April 2014 after Crimea re-integrated into the Russian Federation following a referendum.