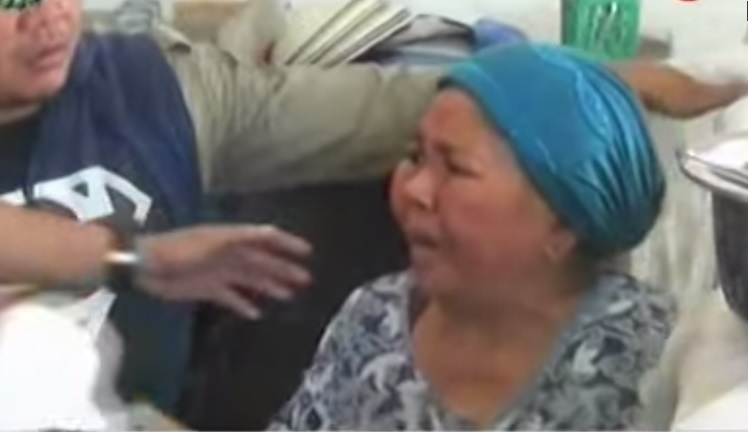 Indonesian netizens have reacted with fury and a flurry of donations after footage emerged of a frail food seller breaking down as her cafe was raided for staying open during the daytime in Ramadan.

Video of the 53-year-old business owner desperately begging officials not to confiscate her food went viral at the weekend, and social media users have donated almost US$20,000 to a crowdfunding site to help her and other vendors.

It is common for food outlets in the world’s most populous Muslim-majority country that remain open during the daytime in the holy month of Ramadan, when Muslims are supposed to fast from sunrise to sunset, to be raided.

But the case of food seller Saeni, who like many Indonesians goes by one name, has touched a nerve, with many criticising authorities for being heavy-handed during the raid in Serang, west of the capital Jakarta.

“You should be tolerant towards those who are not fasting, cruel authorities,” wrote Facebook user Elisabeth Oktofani.

The food seller was deeply in debt and so had decided to keep the cafe open during daylight hours to make extra cash, she was quoted by local media as saying.

President Joko Widodo condemned the raid and ordered his staff to make a personal donation, with his spokesman saying that the action “cannot be justified”.

In the footage, a group of public order officers, who assist police in maintaining order but have fewer powers, march into the small food outlet, which consisted of a few goods in a glass case and some shabby chairs and tables.

Saeni, wearing a blue Muslim headscarf, begs them not to take the food but they put it into plastic bags and march off.

Local authorities defended the raid, saying that the food seller was breaking the law. While many restaurants in bigger cities stay open throughout Ramadan, local bylaws in smaller places often forbid vendors to sell food during the daytime.

A crowdfunding campaign launched in response to Friday’s (Jun 10) raid has raised over 265 million rupiah (US$19,900), with the organisers planning to distribute the money to Saeni and other food sellers targeted for staying open during daylight hours in Ramadan.

Most Indonesians practise a moderate form of Islam, but the country is also home to a vocal, hardline fringe.