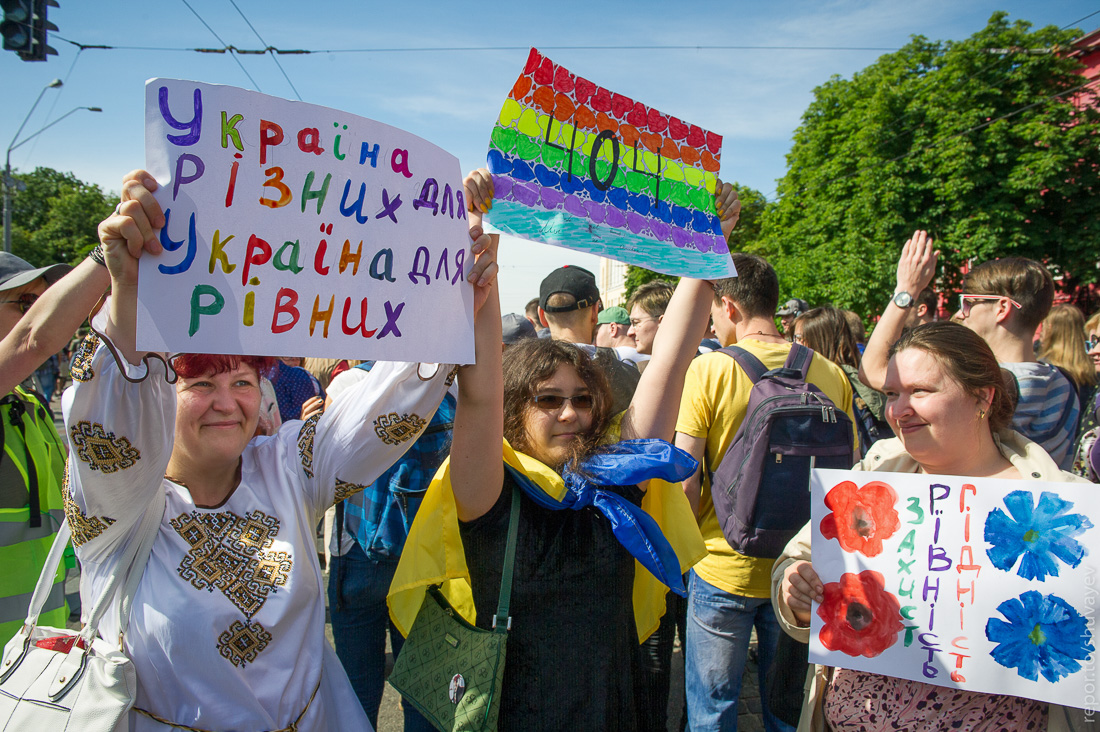 The rally passed off peacefully despite far-right groups making threats last week to turn the event into a “bloodbath.”

“The road to equality in Ukraine is difficult as well as dangerous,” said Bohdan Hloba, one of the rally organisers.

“We have been threatened with a bloodbath, but every step of this march gives us hope.”

Authorities sanctioned gay rights marches when the new pro-European Union government came into office after the 2014 violent coup, but earlier gatherings have been small and have come under attack from far-right groups.

The Kiev city police cordoned off nine streets and closed one underground station to ensure tight security and prevent clashes.

A few anti-gay activists did get in, but they were noisy rather than violent. Ultra-nationalist bigots who had threatened to disperse the march watched it from the security perimeter lined by riot police.

Police commander Khatiya Dekanoizdze said that her forces had been following farright groups and had detained 57 people before and during the rally.

Last year’s gay pride march in Kiev was called off less than half an hour after it began after neonazi thugs pelted the marchers with smoke grenades.

Thousands of people also marched in colourful gay pride events urging support for LGBT rights in Italy, Poland and Croatia, stressing the limited nature of their rights in these countries