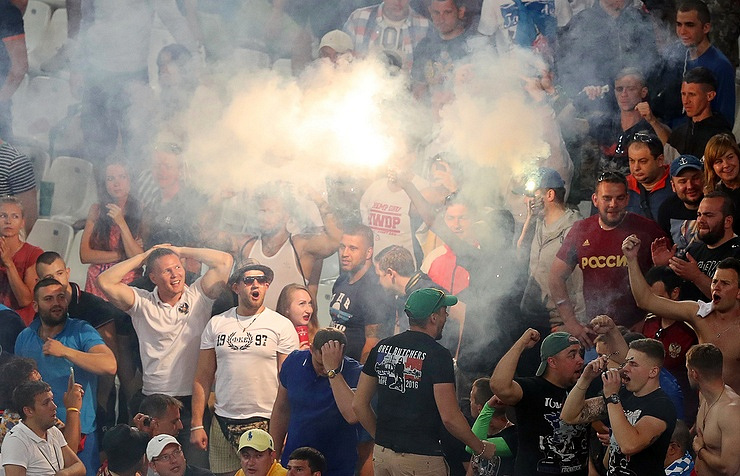 Russia may face 50,000 euro fine after game with England

The Union of European Football Associations (UEFA) may fine the Russian Football Union for more than 50,000 euro for the bad behavior of its fans during the game between Russian and English national teams, a source at UEFA told TASS on Sunday (June 12).

The national teams of England and Russia on Saturday ended their football group stage match in a draw 1-1.

After the final whistle, the Russian fans rushed to the British sector. The arena stewards tried to settle the conflict. A buffer zone, which ought to have separated the Russian and British fans, was absent at the stadium. UEFA has begun investigations into the disorders and its decision is due on June 14.

“The Russian Football Union may face closed sector for the game between the Russian national team and Slovakia or a fine of 50,000 euro,” the source said. “UEFA is likely to prefer the fine.”