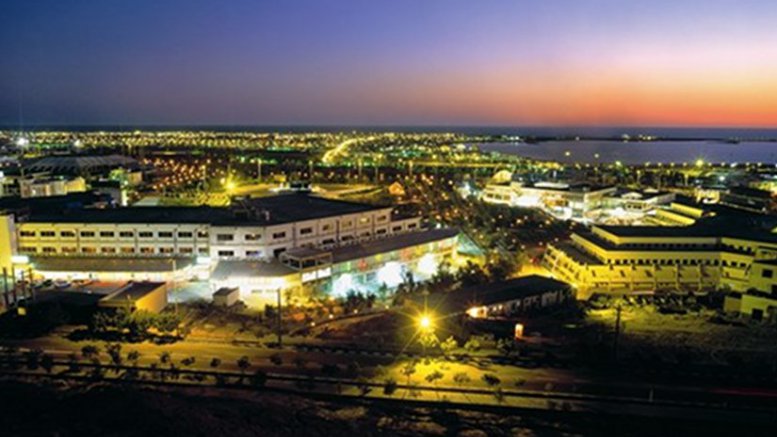 India-Iran Agreement On Chabahar Is A Strategic Opportunity – Analysis

Following the Indo-Iran bilateral summit in Tehran in May 2016, the two countries signed 12 pacts, including two agreements on India’s participation in the expansion and operation of the Chabahar port. The Chabahar agreement since then has been debated as a ‘strategic game changer.’

India has pledged to invest $500 million for the development of the Chabahar port. [1] The bilateral contract signed between IPGPL (India Ports Global Private Limited) and Arya Banader of Iran envisages development and operation of two terminals of five berths handling both multipurpose and general cargo for the next ten years.[2]

Also India’s Export Import Bank (EXIM) has signed a MoU with Iran’s Ports and Maritime Organization (PMO) that will enable it to extend a credit of $150 million for the development of Chabahar port. For rail connectivity, a MoU between IRCON and Construction, Development of Transport and Infrastructure Company (CDTIC) of Iran will enable the former to provide all superstructure work and financing the project (around USD 1.6 billion) for the construction of the Chabahar-Zahedan railway line which forms part of transit and transportation corridor in trilateral agreement between India, Iran and Afghanistan.

Earlier in May 2015, Nitin Gadkari, Minister for Shipping and Road Transport & Highways had concluded an inter-Governmental MoU regarding India’s participation in the development of the Chabahar Port with Iran.[3] The MoU paved the way for designated Indian and Iranian commercial entities to commence negotiations towards finalization of a commercial contract under which Indian firms were to lease two existing berths at Chabahar and operationalize them as container and multi-purpose cargo terminals through an investment of $85 million.

The port is not just about Afghanistan for India nor is it about India for Afghanistan. India’s effort to develop a trade route to Afghanistan, in face of Pakistan’s denial of an overland access will seek to co-exist with other trade corridors which may come up in the region and involve Afghanistan. The Chabahar route in the case of Afghanistan, supplements its existing sea access routes through Karachi in the south and Bandar Abbas in the west. The fact that it provides Afghanistan options in routing its trade and lessens Pakistan’s leverage on the country is incidental. It would be a bonus if Pakistan would view the Chabahar access in a positive light and compete to provide better facilities to the Afghans at Karachi/Port Qasim and possibly at Gwadar (via Chaman) in the future. On the other hand loosening of the Pakistani chokehold on its sea access will allow Afghanistan to more effectively leverage the overland transit rights to the Central Asian Republics (CARs) which Pakistan has been seeking.

From the Indian point of view, the broadening of the connectivity scope of Chabahar to include the INSTC or the International North South Transport Corridor (earlier Bandar Abbas was the only proposed maritime access gateway) as distinct from only serving the security unpredictable Afghanistan, has increased the economic potential and viability of the project and sustainability of Indian investment. The Indian component of the port is reportedly part of the ‘Ashgabat agreement’ for creating transport and transit corridor for facilitating transportation of goods.[4] Iran supports India’s desire to join the Ashgabat Agreement on connectivity[5].

By seeing Chabahar just as a means to rid Afghanistan of the Pakistani chokehold, India had appeared to have marked down Chabahar’s importance and consequently pursued it with less urgency and vigour that it actually merited. On the other hand, the Pakistani development of Gwadar had been more farsighted. Pakistan appreciated far earlier the advantage geography had bestowed on it not only in terms of their dealing with Afghanistan but also with the CARs bordering Afghanistan. It was only their desire to keep India and possibly Iran out of the equation that led to Gwadar’s under-utilisation and other woes, till the Chinese stepped in with their proposal on CPEC.

The current India-Iran understanding on Chabahar provides the indication that, post its nuclear deal with the P5+1, Iran still feels the need to strategically balance China and that India is the option. However the China factor also needs to be correctly understood. Iran’s approach to balancing Chinese presence is not by keeping them out but by giving equal opportunity to other regional stakeholders to participate and partner Iran in the country’s development. In the case of Chabahar port given China’s overbearing presence in Gwadar, it would be imperative from the Iranian point of view that in the near and midterm, Chabahar port is developed and operated by a third country. Hence, India remained the preferred choice despite the see-saw developments over the last decade. There were of course two other factors in India’s favour; its determination to support Afghanistan (therefore the tripartite India-Iran-Afghanistan pact) and its partnership with Iran in the INSTC.

The deal comes with its own set of imponderables; stability in Afghanistan, the security situation in Sistan-Baluchestan and the progressive operationalisation of the Iranian nuclear deal. There is also the much talked about Indian ability to deliver projects in time. India’s resolve is not in question here and projects such as the Delaram-Zaranj road, Salma Dam and other projects particularly in western Afghanistan are a testament.

India intends to undertake projects worth $20 billion in Iran including setting up an LNG plant and a gas cracker unit in the Chabahar free trade zone.[6] Having also been identified as the start point of Iran-Oman-Iran undersea pipeline, Chabahar is the pivot of India’s cooperation with Iran and the region; it remains to be seen how India’s plans are realised.