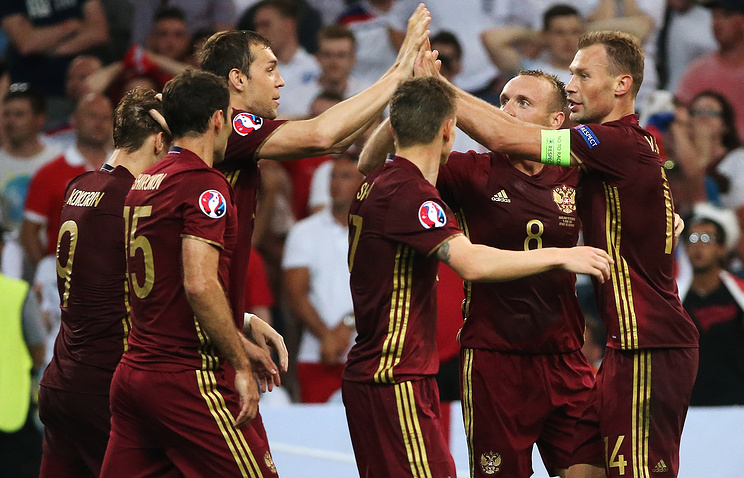 England’s Eric Dier was the first to uncork the score in Russia-England group stage match but Russia’s Berezutsky answered in the last there minutes of added time to seal the match at 1-1.

In its kick off group stage match team England took on the Russian national squad on Saturday in Marseille at the Stade Velodrome.

“It was a very good match, we have a national team, it’s the main thing. Congrats on the draw, it’s like victory,” Mutko said.

Besides England and Russia, Group B also comprises the teams of Slovakia and Wales. In the next match, Russia will play Slovakia June 15 in Lille, and Wales will play England June 16 in Lens.