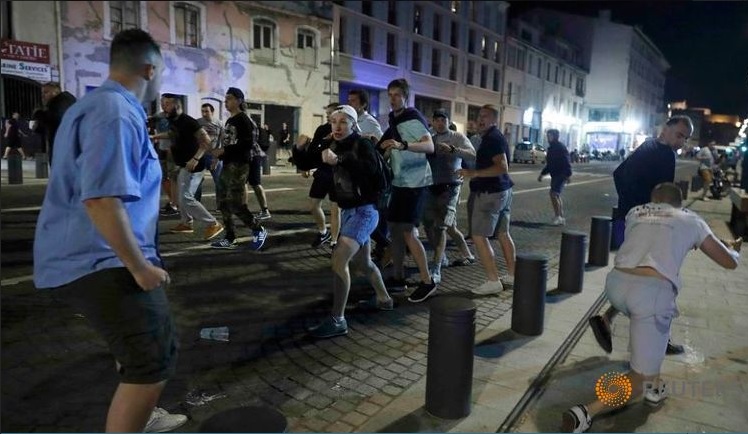 France has identified Saturday’s match between England and Russia in Marseille as one of the Euro 2016 soccer games most likely to lead to violence involving fans, and is determined to avoid more trouble after scuffles on Thursday and Friday (June 10).

“This is one of the five risky matches of the tournament … British and Russians with the heat, that can be explosive,” Sports Minister Patrick Kanner told i-Television on Saturday. “Everything will be done to secure that match tonight” he added.

French police stepped in to break up small groups of English and Russian fans who squared up and hurled taunts at one another in Marseille, southern France, on Friday.

Late Thursday, about 100 England fans and 50 local residents were involved in another fracas around the Vieux Port (Old Port) area, where several English and Irish bars are located.

In the 1998 World Cup, England fans were involved in serious disorder over several days in Marseille before and after a match against Tunisia.

About 1,000 police will be deployed in the Mediterranean city as up to 70,000 England fans and 20,000 Russians arrive ahead of the match between the two countries.

The tournament kicked off on Thursday with France still under a state of emergency after Islamist militants launched simultaneous assaults on entertainment venues in Paris in November, killing 130 people.