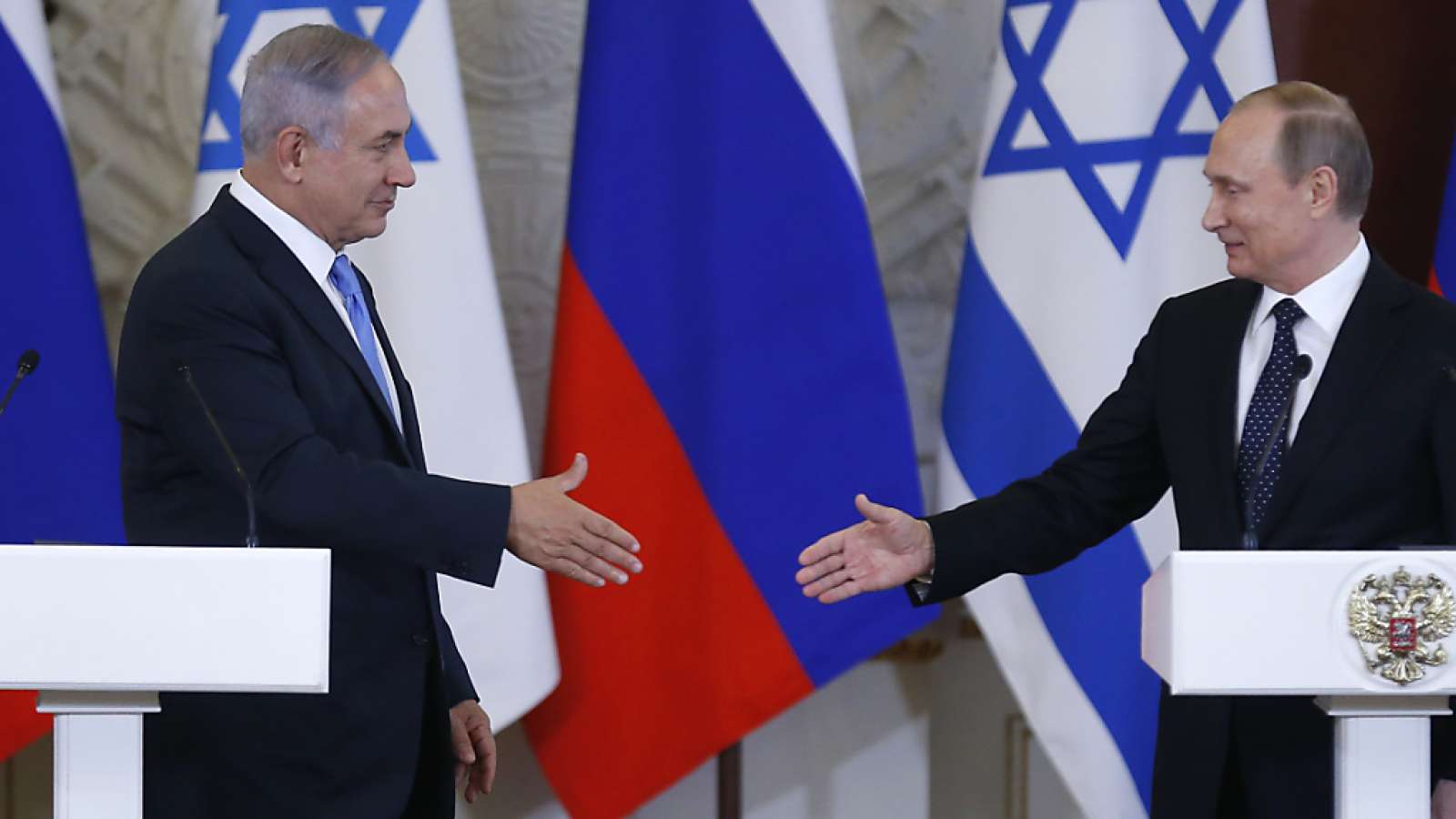 At the beginning of this week, Israeli Prime Minister Benjamin Netanyahu, visited, along with a ministerial delegation, Moscow and met the Russian President Vladimir Putin, for the fourth time in a year, and for the second time in less than two months.

Amid Russia’s renewed role in the region, and in light of the United States’ decreasing role in the Middle East, and France’s failure regarding the Palestinian-Israeli peace initiative, a number of Arab questions and concerns arose around the Russian-Israeli rapprochement, and its influence on the Arab states, particularly on Syria, the continued occupation of the Palestinian territories, the Israeli fear of the growing Iranian role, and regional role of “Hezbollah” in Lebanon.

In this regard, a senior Russian diplomatic source told “Russia-Now.com” that “if we want to address Russia’s vision toward the Arab world, we must first talk about terrorism.

As for Hezbollah, Russia has never considered it a terrorist organization, but on the other hand, it is resistance party that has never used its weapons, and it has never carried out bombings to hit civilians. Therefore, any talk about a Russian condemnation of terrorist attacks in Israel or anywhere else, cannot include “Hezbollah”, because there is a different Russian assessment for it. ”

The source hints to the secret or public existing relations between some Arab countries and Israel. He also hints to the Palestinian Authority, which always condemns the terrorist attacks in Israel, adding: “Do not request from us to be kings more than the king himself!”

The diplomatic source adds that “Russia completely refuses to explain that any relationship with Israel aims to offer assurances regarding the issue of the Golan Heights, because Russia deals first and foremost with the Golan as an occupied Syrian land.

The other part of the Golan Heights, is a Syrian land, with a derogatory state sovereignty, but it will inevitably return to the Syrian state. When this land returns to the Syrian state after recapturing it from the armed opposition, Syria will decide alone what to do with it, and we will not allow ourselves or anyone else to intervene in such cases.
If there were indirect deals, related to the non-occurrence of a clash or collision between air weapons, then this certainly serves the current battle, and it also serves Russia and Israel, and the Syrian state, but it is illogical for anyone to consider that these deals will allow, or prevent, entering the Syrian airspace. ”

The Russian diplomatic source also mentioned to “Russia-Now.com” the reasons for Russia’s actions regarding its approach towards the Israeli file, by saying that “The Russian policy toward Israel emerged first and foremost from the Russian interests, and not from a specific view, with considerations that are similar to those invoked by the West in dealing with Israel.

President Putin specifically begins from this approach, taking into account the presence of a million Russian citizens, or those of Russian origins in Israel. So, it is a double-edged approach: the first related to Russian interests, and the second related to the existence of so many Russians who have emigrated since the Soviet times to Israel. All the other illusions that some people are weaving around this issue are wrong. ”

Where does this Russian interest emerge from? The Russian diplomatic source considers that “Russia is currently evaluating a project that starts from Syria to bring back balance to the world. This balance includes adherence to international law, the right of States to sovereignty, preventing any change in the states’ regulations by force, banning the use of terrorism in all its forms to change regulations or to impose decisions on people. Today, in light of the Russian priorities, and when we see how the west lines up behind the United States and the North Atlantic Treaty Organization (NATO) to destroy the Russian project, the relationship with Israel is different, due to Russian considerations that focus on cracking the Western confrontation front, while it is reflected with an Israeli perspective, for the benefit of Israel. This convergence weakens the Western Front, opening gaps in the existing wall, and this tactic is among Russia’s basic strategy in the region. ”

The source returns to talk about the Russia’s interior politics, indicating that “the Russian opposition, which often relies on factors related to Israel, does not say a word upon any Russian- Israeli rapprochement, even if it was just a formality, which is very positive for the relationship with the West, in addition to the fact that this silence leads to greater services for the current Russian strategy. Here, it is worth recalling that upon the election of President Putin four years ago, the first four visits he made were to China, then Germany, France, and then Israel. ”

In order to explain the causes of the Russian – Israeli rapprochement, the Russian diplomatic source, mentions another factor, saying that “it is very important for Russia and Israel at this time precisely. This factor is related to the US and Western attempts to change the history of the Second World War, which Israel rejects, due to considerations related to the Holocaust, which Russia also rejects since it has presented great sacrifices to liberate Europe from the Nazis. ”

Arab questions about Russian-Israeli relations are abundant, but certainly, the illusions around Putin and Netanyahu’s meetings are not realistic at all. Russia is a huge country, its interests extend in all the world, and it evaluates things from this angle, not from a narrow angle that only has to do with its interests. In the Middle East and the Arab region today, and in the midst of the international balance which Russia is trying to set up (although there many mix-ups along the way), this does not change the basic tendency, but it explains how Russia uses small tools, “one by one,” to serve higher and bigger goals.

Translated from Arabic by Zeina Nasser