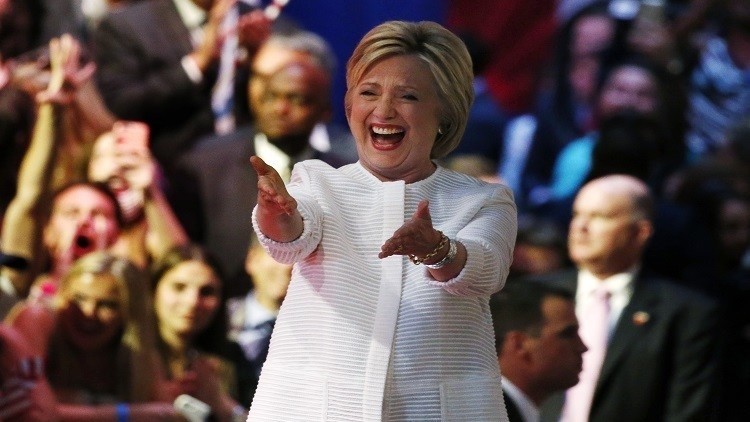 President Barack Obama endorsed one-time campaign rival Hillary Clinton to succeed him on Thursday (Jun 9), a signal to Democrats that it’s time to unify after a bitter primary and take on Donald Trump.

“Tens of millions of Americans made their voices heard. Today I just want to add mine,” Obama said in a video endorsement. “I’m with her.”

Obama’s endorsement was long expected but will be a shot in the arm to the Clinton campaign. The president’s backing gives Clinton a potent surrogate on the campaign trail.

After nearly eight years in the White House, Obama is still one of the country’s most popular politicians. His approval ratings among black, Hispanic, young and liberal voters are stratospheric.

Obama won the state in 2008 and 2012, but Democrats see a tough battle there this time round.

Clinton welcomed the vote of confidence: “Honored to have you with me, @POTUS I’m fired up and ready to go!” she tweeted, echoing one of Obama’s own campaign rallying cries from 2008.

In that election Obama bested Clinton to become the first black president. They later made peace, with Clinton becoming Obama’s first secretary of state.

Now the 68-year old Clinton is trying to make history of her own by becoming the first female president. Standing in her way is bombastic businessman Donald Trump, who shocked the world by becoming the presumptive Republican presidential nominee.

If Trump’s racially tinged rhetoric has split his own party – with some saying outright they will not vote for the presumptive nominee – it has served to bring Democrats together.

“We must come together to confront the fascist threat to our democracy presented by Donald Trump” said Martin O’Malley, who had sought the Democratic nomination and on Thursday also endorsed Clinton.

Obama’s endorsement came barely an hour after the president hosted Clinton’s rival Bernie Sanders in the Oval Office, trying to coax him into conceding defeat. The 74-year-old Sanders has so far refused to bow out.

The two men strode along the West Wing colonnade laughing, a very public show of respect for Sanders’ insurgent campaign.

“I thought that Bernie Sanders brought enormous energy and new ideas,” Obama said on Wednesday. “I thought it made Hillary a better candidate.”

Sanders emerged from the White House vowing to continue his campaign into next week – but also saying he would meet Clinton soon to find ways to work together.

Some Sanders supporters would like him to battle all the way to the party convention in Philadelphia next month.

For many, Clinton – the former first lady, secretary of state and US senator – is the epitome of a political establishment that has failed the people.

More pragmatic Sanderistas are pressing him to leverage his newfound political clout.

They would like to see the party platform overhauled and reforms to the next nominating process in 2020 – opening primaries to independent voters and curbing the role of bigwig “superdelegates.”

But as Sanders tried to wield that leverage, appearing at the White House and with leaders in Congress, Obama and Clinton made their move.