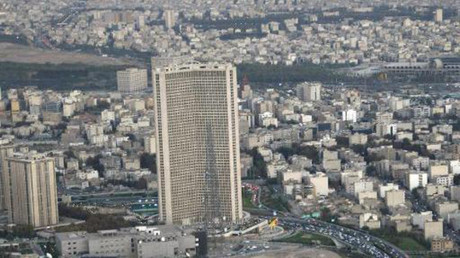 Russia will finance Projects in Iran

Iran on Tuesday(June 7) confirmed reports that Russia plans to open a $5 billion credit line for Iran to help finance projects and exports in the country.

“Yes. The Russians have voiced readiness in negotiations to open a line of credit for exports,” Government Spokesman Mohammad Baqer Nobakht told reporters in Tehran on Tuesday.

“We have declared our readiness to Russia and other countries to use their resources for investment in Iran,” he added.

Officials had announced in October that Russia plans to open a $5 billion credit line for Iran to help finance joint infrastructure projects in the country.

“We hope we can open a $5 billion credit line,” Russian Energy Minister Alexander Novak said in a meeting with Iranian Telecommunications Minister Mahmoud Vaezi in Tehran at the time.

Iranian Transportation Minister Abbas Akhoundi said after meeting Novak that “the Russians are going to allocate a credit line for infrastructure projects in Iran”.

“The first project would be electrifying the Garmsar-Incheh Borun train line,” connecting North central Iran to the Northeastern border with Turkmenistan, at a cost of $1.2 billion, Akhoundi said.

During the meeting, Novak said that bilateral trade stands at “more than $1 billion,” which is “not enough” and should rise to the $10 billion range. He asserted that Iran is Russia’s “most important economic and trade partner”.