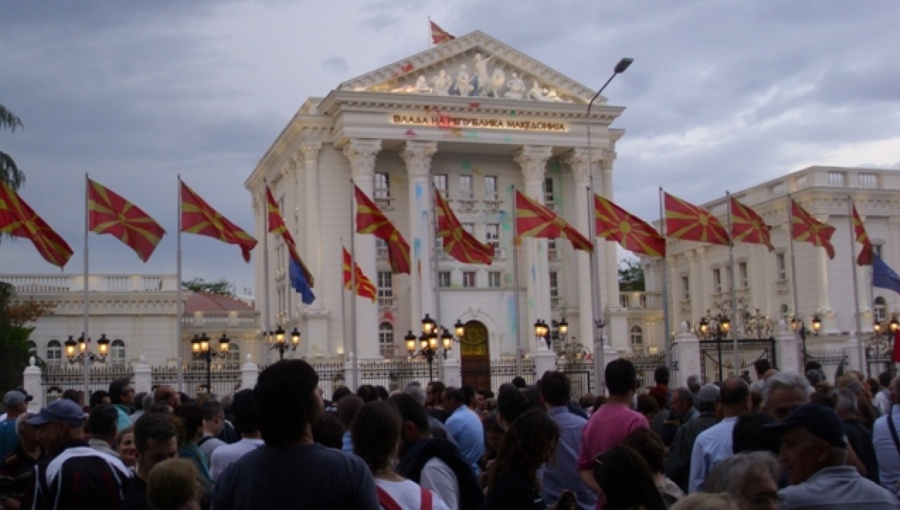 Protesters in Macedonia have announced they will step up their pressure on the government, led by the conservative VMRO-DPMNE party, to resign, thereby restoring democracy in the country.

Protests dubbed the Colourful Revolution have been held every evening except Sundays since April 12, when President Gjorge Ivanov made the shock decision to pardon 56 people including top politicians under criminal investigation. Ivanov recently revoked his pardons for 22 “politically exposed persons” under domestic and international pressure, but protesters want all the pardons to be scrapped.

The June 6 protests coincided with the fifth anniversary of the death of 21-year old Martin Neskovski from Skopje, who died after being beaten by a policeman in the capital’s central square during the celebrations of VMRO-DPMNE’s election victory in 2011. The authorities were blamed for trying to hide official responsibility for his murder.

On June 6, protestors asked for two conditions to be met urgently: for the Constitutional Court to review the constitutionality of the Special Public Prosecution and for the authorities to stop prosecuting protestors. The deadline for meeting these conditions is June 18.

The Special Prosecution Office was established at the end of 2015 to probe wrongdoing and corruption among top officials revealed in illegally wiretapped conversations. The scandal emerged earlier in the year when the leader of the main opposition Social Democratic Union of Macedonia (SDSM) Zoran Zaev revealed a series of recorded conversations between government officials, which he said he had obtained from a whistleblower. Former prime minister and leader of VMRO-DPMNE Nikola Gruevski says the tapes were sent to Zaev by foreign intelligence services.

Police have so far filed charges against 26 protestors in Bitola and seven activists in Skopje for vandalising the parliament, government and ministry buildings and monuments during protests. Protestors’ tactics include throwing paint at institutions and monuments in protest against the controversial and costly Skopje 2014 project to revamp the capital.