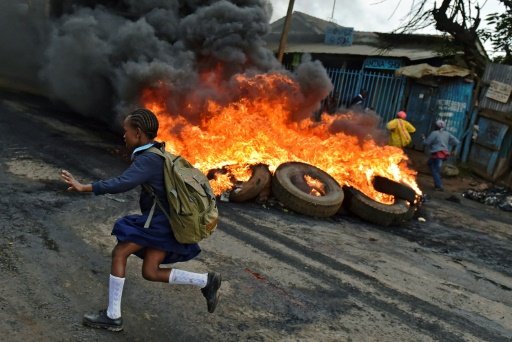 One man died and six people were injured Monday(June 6) as Kenyan police opened fire on anti-government protesters in the western city of Kisumu, witnesses said.

A bullet wound was visible on the corpse, which was laid outside a hospital morgue by protesters.

Several demonstrators said he had been hit when police opened fire, but there was no immediate response from police.

The Red Cross said six protesters had been taken to hospital suffering from gun wounds.

The opposition Cord alliance has been holding demonstrations on Mondays since late April to demand the resignation of the electoral commission ahead of presidential elections in August next year.

The opposition says the commission is biased and cannot ensure fair elections next year, when incumbent Uhuru Kenyatta Selon and opposition leader Raila Odinga are expected to face off once again.