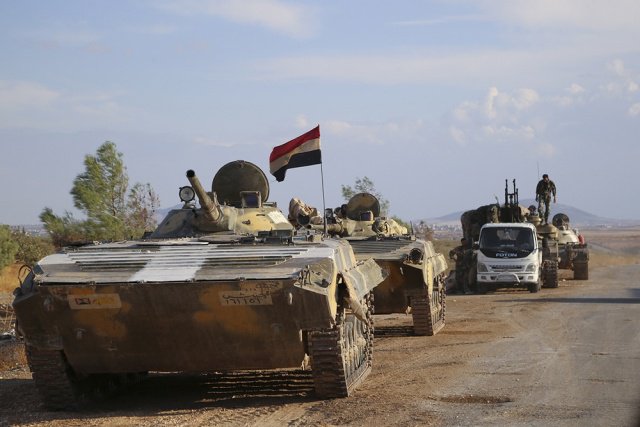 Militants of the Jabhat Al-Nusra terrorist organization and armed units of Ahrar Al-Sham subjected positions of the Syrian governmental military to heavy mortar fire in south-west of Aleppo, a representative of the Russian reconciliation center for opposing parties in Syria told reporters on Sunday.

Having used the ceasefire regime time and being in regions, where the so-called “moderate” opposition is located, the teams of Jabhat Al-Nusra regrouped their forces, received more supplies of ammunition and began active actions, he said.

“The militants are using small arms and artillery in strikes on the Sheikh Maqsood Kurdish area in Aleppo and positions of the governmental forces near Handrarat. During the night, the militants of terrorist groups delivered intensive mortar attacks on residential areas in northern Aleppo,” the center’s representative said.

“Fierce fighting now continues in Sheikh Maqsood, the militants are using armored vehicles there,” he said, adding on Saturday “in Sheikh Maqsood were destructions, and dozens civilians were injured.”

The ceasefire regime has been in effect in Syria since February 27. It does not apply to the Islamic State and Jabhat Al-Nusra terrorist groupings (both outlawed in Russia) and to other organizations recognized as terrorist groups by the UN Security Council.