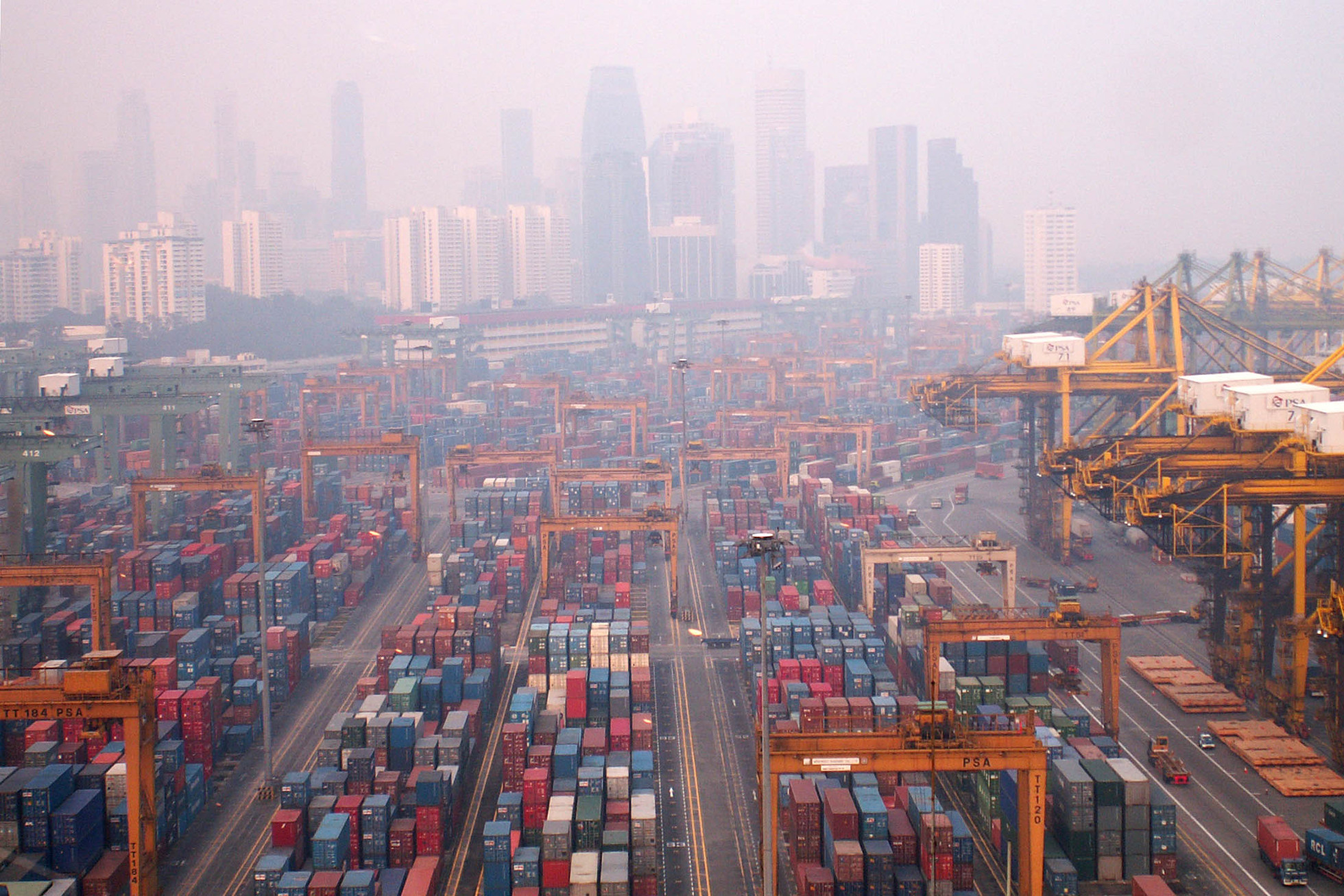 ASEAN finds itself at the nexus of the world’s great powers, the United States and China, and must balance their competing influences while maintaining friendly relationships that can help drive the region’s economic growth.

Participants in a session on geopolitics and ASEAN’s economic architecture heard that the United States is exerting influence in the Asia-Pacific region through the Trans-Pacific Partnership (TPP) trade agreement, while China aims to court ASEAN partners through the One Belt, One Road initiative and Regional Comprehensive Economic Partnership (RCEP).

“China has become a bigger elephant and it’s sitting in the living room of all regional members,” said Zhu Feng, Executive Director of the China Center for Collaborative Studies of the South China Sea, Nanjing University.

“Nobody wants China to be an enemy because there is too much to lose,” said George Yeo, Visiting Scholar, Lee Kuan Yew School of Public Policy, National University of Singapore. “But everyone also wants America and Japan to be a friend.” He added: “The key is that ASEAN has to maintain a high degree of solidarity.” He said it’s important for the US to be on the radar of ASEAN countries, but not too close: “Otherwise it gets messy. Instead of the game being under control, we lose control of the game.”

One potential area for conflict is in the South China Sea, which is claimed by China and some ASEAN members. Yeo cautioned that these conflicts could continue for some time. “It’s a trial of strength between the US and China, which we should expect for years to come,” he said. Zhu Feng said China’s claims are driven by “domestic nationalism and growing geopolitical competition”, adding that there needs to be a mechanism to reduce the tensions.

India, with its dynamic economy and young labour force, is also a growing power; its population is expected to overtake China’s in 10 to 15 years. “If people are worried about China being too big, India is coming up and they are very big and bullish,” said Mustapa Mohamed, Minister of International Trade and Industry of Malaysia. “They are an economic giant that we need to deal with.”

Apiradi Tantraporn, the Minister of Commerce of Thailand, said: “India is new to the ASEAN game and I think we need to involve India more. It’s going to be very important if we can link China and India through ASEAN.” Yeo agreed, pointing out the opportunities for ASEAN. He said India and China were a bit like oil and water and ASEAN is the perfect “softener” that can facilitate cooperation on both sides.

Trade is a big component of the region’s economic architecture and the TPP and One Belt, One Road are two key initiatives that involve ASEAN countries. Thailand, which is not included in the TPP, is focusing on regional trade instead. “We are a strong member in ASEAN and we are working with trade partners,” Tantraporn said.

“The TPP is leaving out China but we also have other multilateral funding like the AIIB and Silk Road Fund,” said Calvin Chi Kin Choi, President of China Minsheng Investment Hong Kong, Hong Kong SAR. Yeo added: “The TPP is not life and death. It’s just one more club to join and a lot of us already have many club memberships.”

China’s One Belt, One Road initiative has the potential to transform infrastructure in ASEAN, combining over-capacity in China with the development needs of ASEAN countries. “Water pressure is building up and is just waiting to spill on to its neighbours,” said Yeo, referring to over-capacity in China and the infrastructure needs in ASEAN. “China will be integrating its neighbours into ever-widening circles because of the sheer size and dynamism of its economy.”