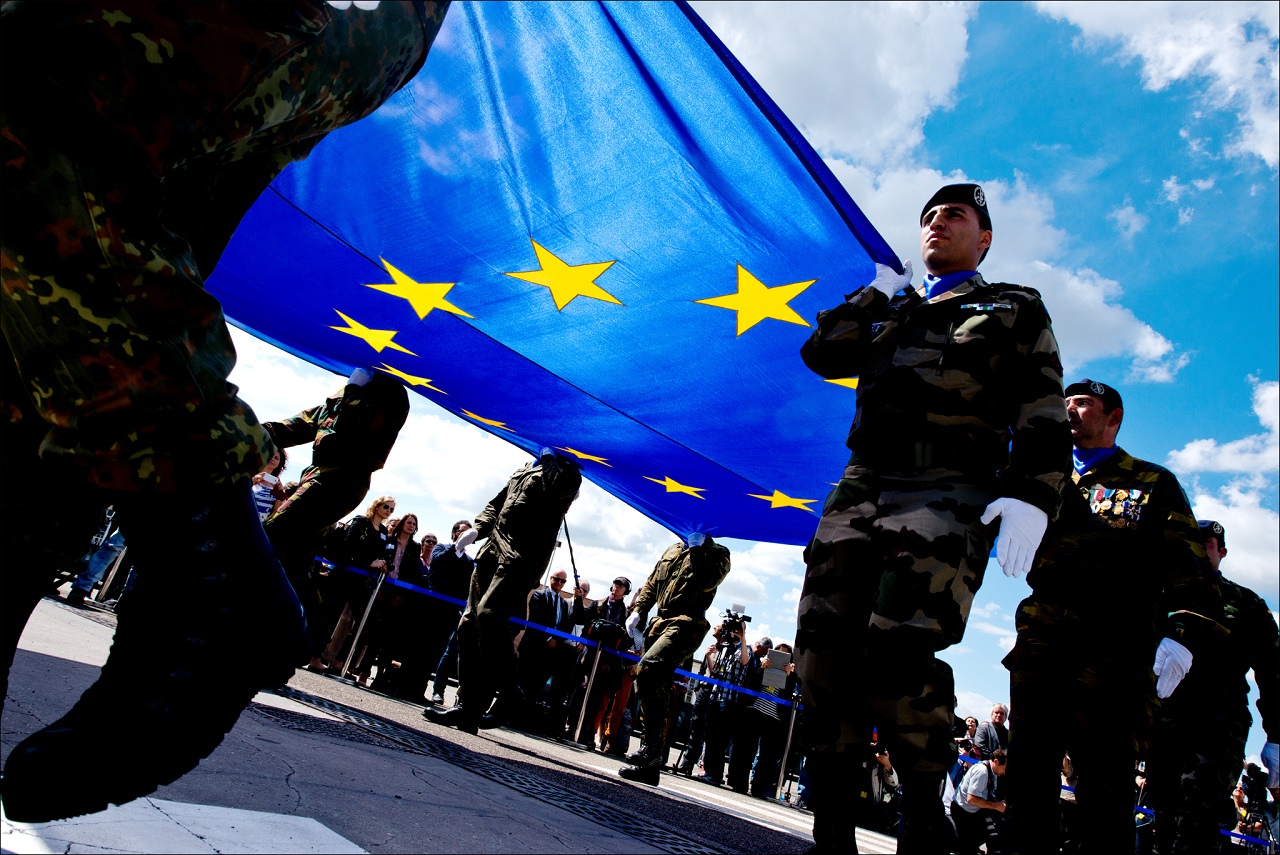 Germany, France to revive EU defence but no plans for EU army

Germany and France will relaunch closer European military cooperation this month and could start a common defence fund but there are no plans to form an EU army, officials say.

Proponents say closer defence cooperation among the European allies is needed particularly to reduce costly duplication in production of defence systems and programmes at a time when greater investment is required in defence technology.

British scepticism about European integration has often hampered EU defence plans. After Britain’s June 23 referendum, officials want to use the proposals to cement Britain’s EU membership if London decides to stay. But they will still go ahead if British voters decide to leave.

“The goal is a European defence union,” said a senior German government official. “That is not about competing with NATO but we need a stronger Europe. If we wait for the Eurosceptics, then we will only go backwards,” the official said.

Shortcomings in Europe’s 2011 Libyan air campaign and ageing equipment in African missions have also convinced French officials. France sees military independence as paramount, but wants to move ahead with ideas blocked by Britain, such as a joint EU command headquarters and shared military assets.

“The ideal situation would be that Britain remains in the EU but no longer stops others from developing a stronger, integrated foreign and security policy,” said Elmar Brok, a German centre-right EU lawmaker who heads the European Parliament’s foreign affairs committee.

But EU officials say British fears of an EU army of soldiers wearing the same uniforms is overblown. EU Commission President Jean-Claude Juncker called for a European army in March 2015, but in reality any capabilities that governments develop together, from radars to ships, will remain national.

The decision to relaunch closer military cooperation, which was first tried by Britain and France in the 1990s, is because no European nation has the resources to confront the failing states on Europe’s borders, militant attacks or a resurgent Russia.

“The logic is overwhelming,” said Nick Witney, a former head of the European Defence Agency that was set up in 2004 to improve Europe’s defence capacities. “If you look at the scale of under-investment in Europe’s defence technology, it requires Europe’s military powers to develop together.”

One idea under discussion is a European investment fund for defence, which would allow EU governments who pay into it to also borrow so as to ensure funds are always available for joint defence programmes. Those range from new helicopters to drones.

The fund, which could start on a small scale in 2017, could be backed by the European Investment Bank to finance projects.

Other proposals could include enlarging cooperation between forces. Germany and the Netherlands have combined tank and naval forces and want to develop a common surface-to-air defence. French and British forces agreed in 2010 to work together.

“We have islands of cooperation. The idea is to link them into an archipelago,” said a senior EU defence official.

Only 15 percent of the EU’s defence investment went to collaborative projects in 2013, down from 26 percent in 2011, according to the European Defence Agency.

Germany and France say sharing of resources may be the only way to sustain adequate military forces. EU officials point to the merger of missile systems companies in France, Italy and Britain in 2001 to create MBDA, the only European group able to design and produce world-class missile systems.

“Europe can no longer afford the inefficiencies of duplication and over capacity that our existing fragmented market entails,” the European Commision said in a defence paper.