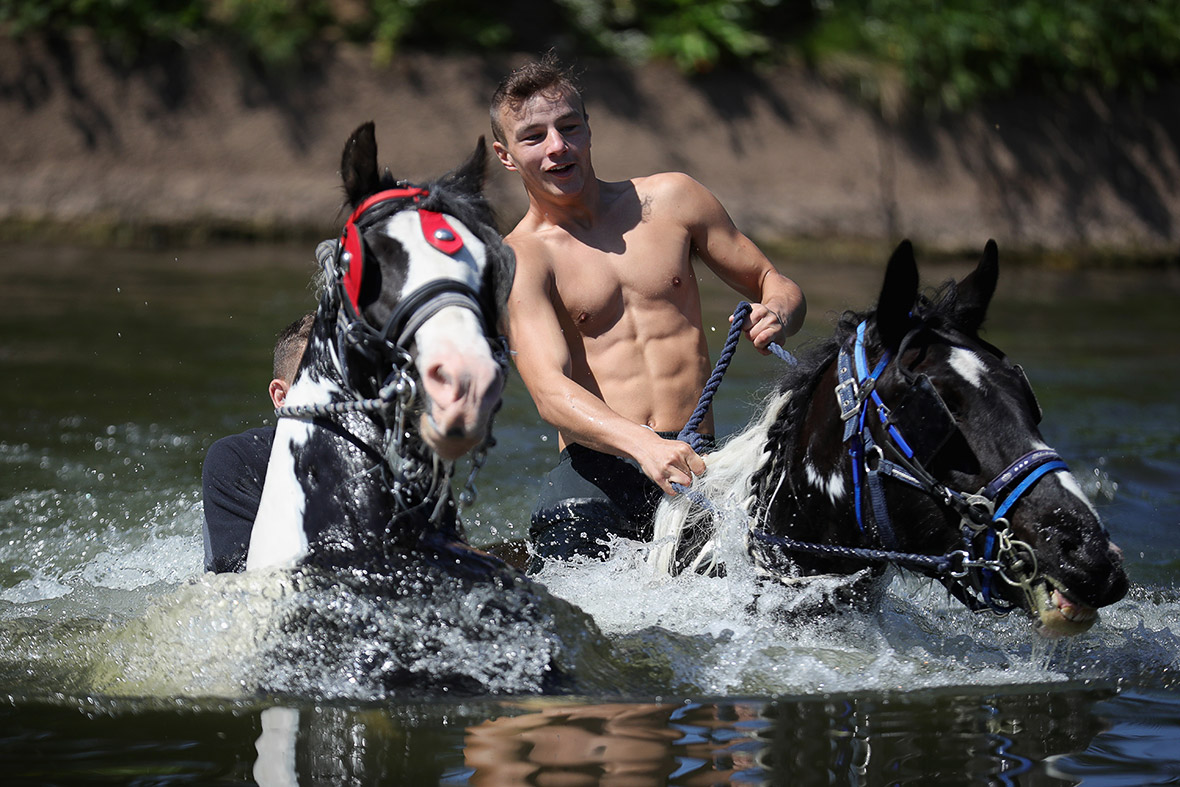 Thousands of travellers, gypsies and tourists have arrived in the picturesque town of Appleby-in-Westmorland for its annual horse fair, which takes place this year from 2-8 June.

The world’s biggest gathering of its kind, the Cumbria-based fair is expected to attract about 5,000 travellers and thousands of visitors.

The Appleby Horse Fair has existed under the protection of a charter granted by James II since 1685, and is nowadays one of the key gathering points for the Romany, gypsy and travelling community, particularly those from the British Isles. The fair is attended by around 5,000 travellers who come to socialise and to buy and sell horses.

The fair is held in the Cumbrian market town every year in early June. Travellers come from all over the isles to buy and sell horses, meet friends and potential wives or husbands, and celebrate Romany culture. The horses are washed in the River Eden and groomed before being ridden at high speed along the ‘mad mile’ for the viewing of potential buyers.

This year’s fair gets under way today. Here are some sights from the first day by IBTimes UK:

Under a clear blue sky, members of the traveller community lead their horses into the River EdenPhil Noble/Reuters

A traveller washes his horse in the River Eden in Appleby-in-Westmorland, CumbriaChristopher Furlong/Getty

A farrier shoes a horse in Appleby-in-WestmorlandPhil Noble/Reuters