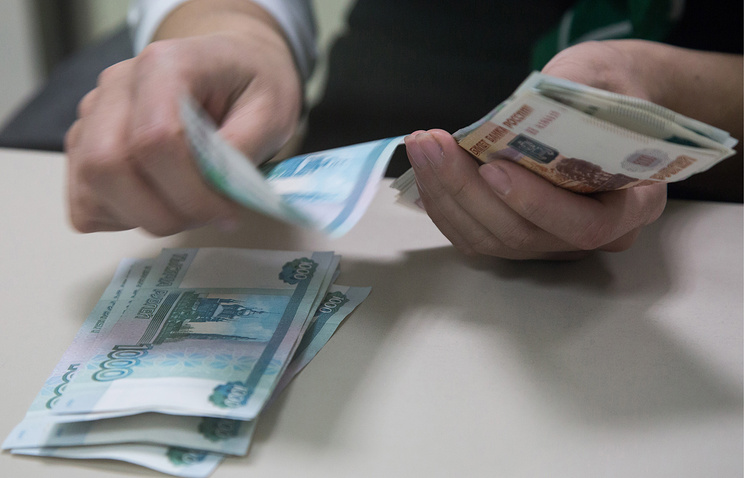 A total of 75% of Russians receive officially registered wages compared to 69% last year while 10% get their salaries “in envelopes,” according to a poll released by the All-Russian Public Opinion Center (VTsIOM) on Thursday (June 2).

“Three-fourths (75%) of working citizens (59%) in Russia say they receive fully official wages today. Over the past year, the share of citizens who are paid ‘white’ [officially registered] wages has varied between 69 and 75% Normally, this is the salary of the older rather than of the younger generation (78% among 45-59-year olds against 69% among 24-35-year olds,” the poll says.

According to VTsIOM, 10% of working citizens get only unregistered wages (the May figure stayed at the average yearly levels). This share is twice as much among low-income people (19%) compared to the sample average.

The wages of 13% of workers comprise both an officially registered pay and salaries “in envelopes” compared to 17% in May 2015.

“Now a conclusion can be made that “grey” [semi-legal] schemes of labor remuneration as an anti-crisis instrument have proved to be unpopular among Russian employers. Over the entire crisis, the degree of their spread approximately corresponds to the ‘natural background.’ This is yet another sign of the growing resilience and maturity of the Russian economy, which is living through the current crisis considerably more confidently than all the previous crises,” VTsIOM Monitoring and Electoral Research Department senior consulting expert Oleg Chernozub said.

VTsIOM held its poll on May 28-29, 2016 in 130 populated areas in 46 Russian regions, territories and republics and nine federal districts. The poll covered 1,600 people representing the Russian population at the age of 18 years and more by gender, age, education and the type of a populated settlement. The statistical error does not exceed 3.5%