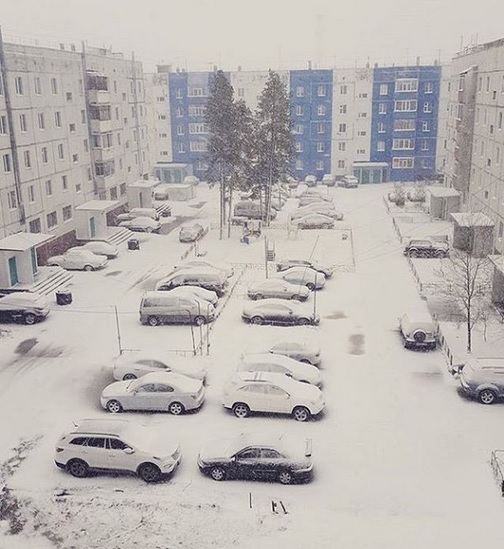 Snow fell in quite a few Russian cities on the first summer day of 2016.

In the town of Noyabrsk and Muravlenko of the Tyumen region of Russia, residents woke up on Wednesday morning to see a thin layer of fluffy snow on pavements and trees. The snow did not melt, and one could make a small snowman, a local newspaper wrote.

Snow fell in Surgut and Novy Urengoy and Noyabrsk as snow fell. Residents of Russian northern regions had to wear sweaters and coats to go out on the first summer day.

Meteorologists say that snowfalls in Russia’s northern territories may continue till the end of this week.