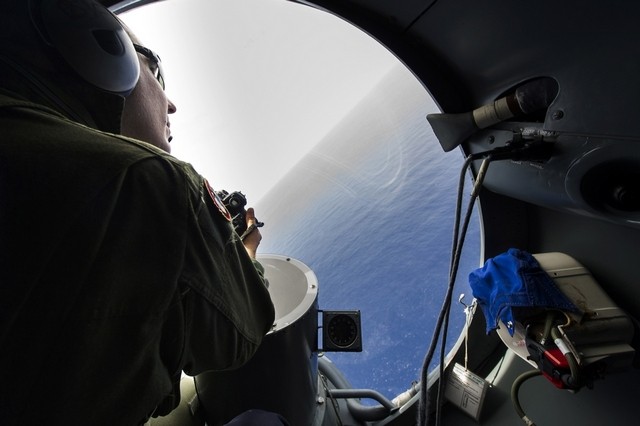 A French navy vessel equipped with deep-water listening devices has detected signals from one of the black boxes of the EgyptAir plane that crashed in the Mediterranean, investigators said on Wednesday (Jun 1).

It is expected to be at least another week before an underwater robot can recover the two flight recorders of the Airbus A320 that went down with 66 people aboard en route from Paris to Cairo on May 19.

A digital flight data recorder gathers information about the speed, altitude and direction of the plane, while a cockpit voice recorder keeps track of conversations and other sounds in the pilots’ cabin.

The signals were picked up by French survey ship Laplace which is using acoustic detection systems to listen for the “pings” emitted by the flight recorders, France’s aviation safety agency BEA said. “The detection of this signal is a first step,” said BEA official Remi Jouty.

Egypt’s ministry of civil aviation had announced the potential breakthrough earlier, saying the signals were “assumed to be from one of the data recorders”.

Some of the wreckage has already been pulled from the Mediterranean along with belongings of passengers on board the jet, which crashed between the Greek island of Crete and the Egyptian coast. No survivors have been found from flight MS804.

Another vessel sent by Deep Ocean Search (DOS), a private company hired to help find the black boxes, is on its way to the area carrying a ship with a robot capable of diving up to 3,000 metres to retrieve the recorders.

The ship is due to arrive at the site within a week, the Egyptian ministry said. “Extensive search efforts are being carried out to locate the two data recorders in preparation for their retrieval,” it said. The black boxes have enough battery power to emit signals for four or five weeks.

The search area is located around 290 kilometres north of the Egyptian coast, according to a source close to the investigation.

The French navy surveillance vessel Laplace which detected the signals is equipped with three devices capable of picking up the “pings” from the black boxes from a distance of up to five kilometres.

Investigators have said it is too soon to determine what caused the disaster although a terror attack has not been ruled out.

France’s aviation safety agency has said the aircraft transmitted automated messages indicating smoke in the cabin and a fault in the flight control unit minutes before disappearing from radar screens.

Investigators were able to narrow down the search site thanks to an emergency signal sent via satellite by the plane’s locator transmitter when it hit the Mediterranean last week.

Two BEA investigators are on board the Laplace while three others are in Cairo along with an Airbus expert to help the probe, according to the French government.

The passengers were 30 Egyptians, 15 French citizens, two Iraqis, two Canadians, and citizens from Algeria, Belgium, Britain, Chad, Portugal, Saudi Arabia and Sudan. They included a boy and two babies. Seven crew and three security personnel were also on board.

The crash comes after the bombing of a Russian airliner over Egypt’s restive Sinai Peninsula last October that killed all 224 people on board. The Islamic State group claimed responsibility for that attack within hours, but there has been no such claim linked to the EgyptAir crash.

IS has been waging a deadly insurgency against Egyptian security forces and has claimed attacks in both France and Egypt.

In October, foreign governments issued travel warnings for Egypt and demanded a review of security at its airports after IS said it downed the Russian airliner over Sinai with a bomb concealed in a soda can that had been smuggled on the plane.