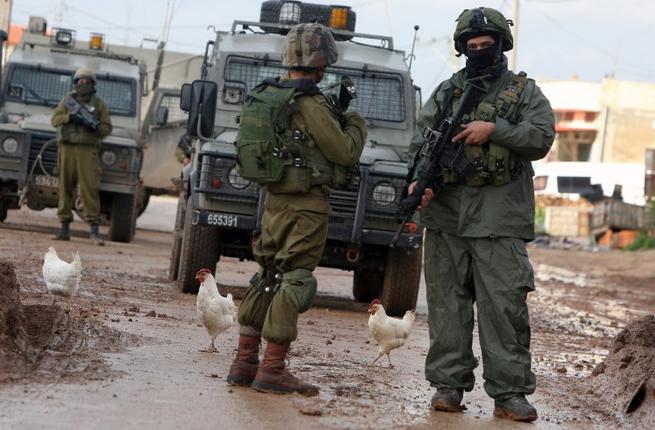 She said that the detained were suspected of theft, illegal weapon and drug possession, and participating in “local terror” by throwing stones at Israeli forces .

Al-Samri added that eight other Palestinians received summons during the raids.

Meanwhile, at least 14 Palestinians were detained across the occupied West Bank.

An Israeli army spokesperson told Ma’an that eight Palestinians had been detained in the Hebron area.

Locals also reported the detention of two young men from the Dweikat family in Qalqiliya in the northwestern West Bank.They added that clashes broke out between Israeli troops and local youth during the raid, resulting in two young men reportedly being injured by rubber-coated bullets.

According to Palestinian prisoners’ rights group Addameer, 7,000 Palestinians were held in Israeli prisons as of April. The organization estimates that 40 percent of Palestinian men have been detained by Israel at least once in their lives.