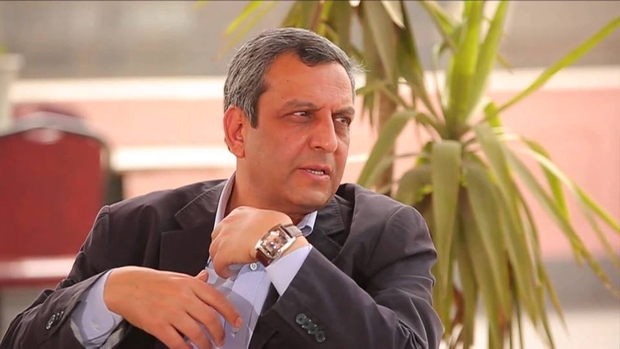 Amnesty International dubbed the arrest of the head of Egypt’s journalists’ union on Monday the “most brazen attack on media in decades”.

Yahia Galash heads the Egyptian press syndicate, which is the oldest labour union in Egypt and has recently gone head to head with the country’s government over press freedom.

However, small numbers of journalists managed to gather on the steps of the syndicate’s headquarters in downtown Cairo to chant slogans against the arrest of the body’s head, opposition news site January Gate reported.

Galash was summoned for questioning on Sunday afternoon along with two senior colleagues, Khaled Elbashy and Gamal Abdel Raheem.

According to a statement issued by Amnesty International on Monday afternoon, the trio were questioned for 13 hours before being charged on Monday morning with “harbouring suspects against whom an arrest warrant has been issued” and “publishing false news that threatens the peace”.

Galash has issued a statement denying each charge levelled against him.

The union Galash heads has been at loggerheads with the government since 1 May, when police allegedly stormed the building to arrest two journalists who had been hiding inside.

The syndicate reacted furiously to the arrests, with thousands of members gathering on the steps of its headquarters in downtown Cairo to demand the resignation of Egypt’s Interior Minister, Magdy Abdel Ghaffar.

Amnesty dubbed the storming of the syndicate “unprecedented” and called for charges against the detained journalists to be dropped.

“The Egyptian authorities appear to be prepared to breach their own laws in their chilling attempt to crush all signs of dissent,” Magdalena Mughrabi, deputy head of Amnesty’s MENA programme, said in a statement.