Home » Video » Nadiya Savchenko: The next president of Ukraine? 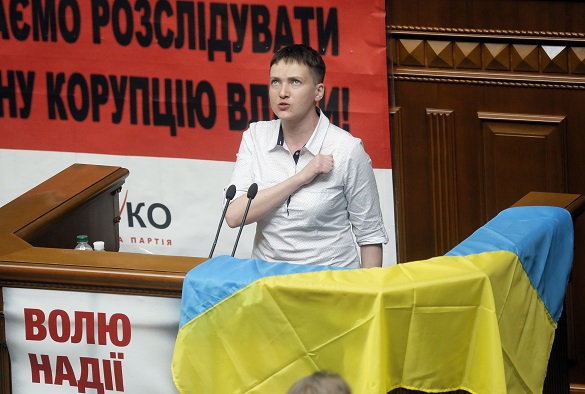 Nadiya Savchenko: The next president of Ukraine?

Nadiya Savchenko is ready to become a President of Ukraine. “If you need me to be your president, well, I will be,” she claimed at a press conference. And added that electing her a president is unlikely, as people got used to voting for buckwheat now. “I will be working where Ukraine needs me,” Savchenko stated. She noted that she may return into the military service. She also commented on the situation with the Crimea. “I felt that the WWIII may take place. And I still have such a feeling. The Crimea may be turned back during this world war,” the current MP said.
As Pravda.Ru reported, Vladimir Putin signed a pardon decree on 25 May, and the Ukrainian gun pointer flew to Ukraine. In response, Kiev released two Russian citizens who had been accused of terror activity in Ukraine.