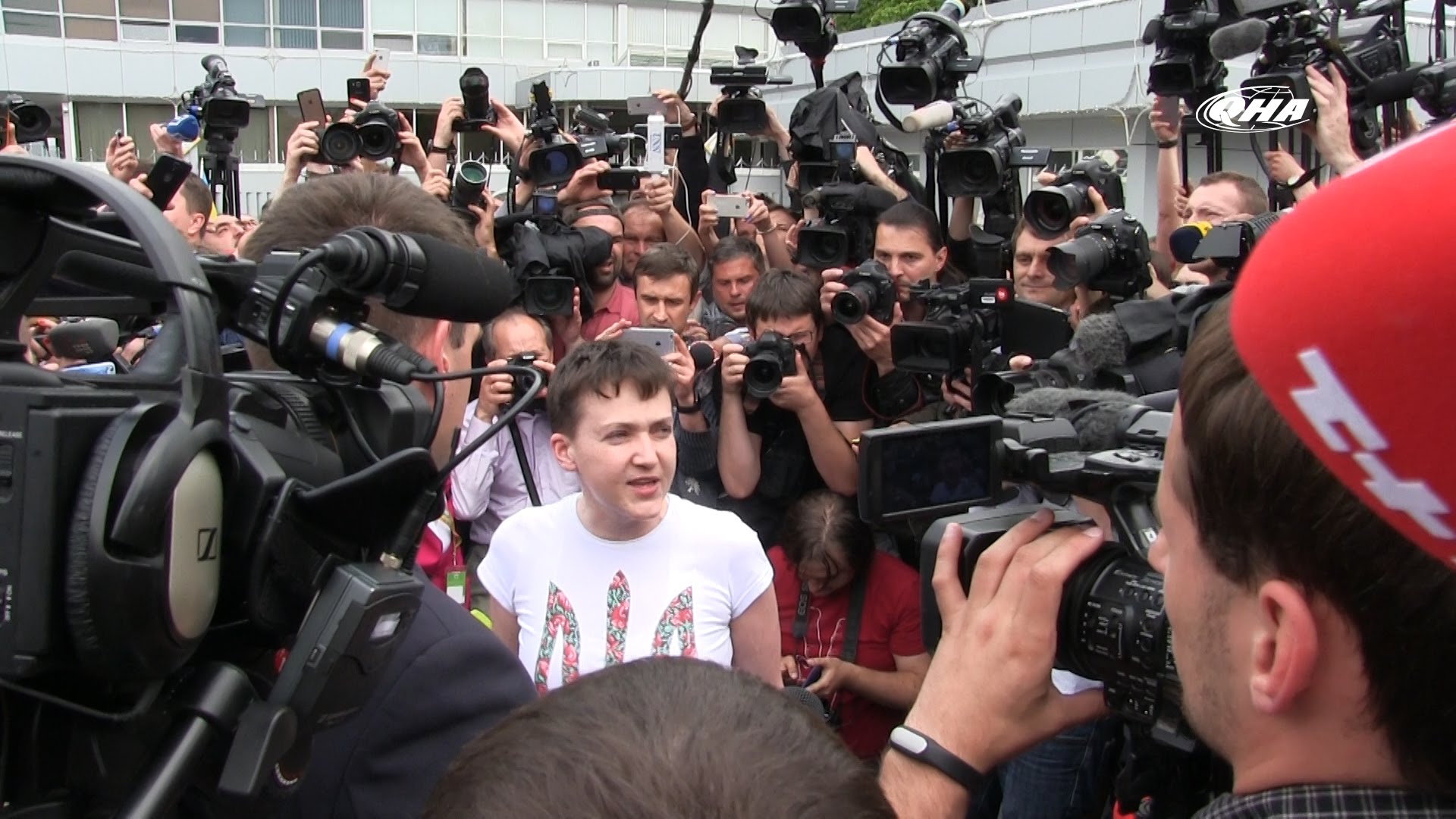 Nadiya Savchenko, who now serves as a member of the Ukrainian Parliament (Verkhovna Rada), came to her first working day a few hours before the doors of the building opened.

Elected as an MP from Fatherland Party on October 2014, Savchenko took part in the work of the Parliament for the first time. Once on the rostrum, she stated that she would not let Ukraine forget about those who were killed in battles on the Donbass.

“I am back and I am back to work. I’m back and I will not let you forget … about those guys who started dying for Ukraine on Maidan and continue dying today in the Donbas,” Savchenko stated at the Ukrainian Parliament on Monday.

After a short statement, Savchenko sang the national anthem of Ukraine. Afterwards, she took the poster with her image off the rostrum of the Parliament that was hanging there while she was  under investigation in Russia. Instead of the poster that said “Free Nadiya Savchenko!” she hung a different banner depicting images of Ukrainian citizens who remain in custody in Russia.

According to local reports, Savchenko started her first interview as an MP with insults. She expressed her discontent about the behavior of journalists at the airport, where she arrived upon her release from prison.

“Journalists are like dogs. Honestly. They say that you can’t say bad things about journalists, but you are like jackals, you are ready to attack and rip victim to shreds and you don’t even understand why,” Savchenko said answering a question of how she was reacting to attempts to have her pictures taken.

When she returned home from Russia, a crowd of reporters stood around her and started asking her questions. Yet, Savchenko demanded they should “respect her personal space.” She apologized for her possibly harsh behavior, but it appeared that she was being more inadequate rather than harsh.

Savchenko was accused in Russia of the murder of Russian journalists, attempted murder of civilians and illegal crossing of the Russian-Ukrainian border. She was sentenced to 22 years in prison, but was pardoned on May 25 by Putin’s decree and exchanged for two Russian citizens.