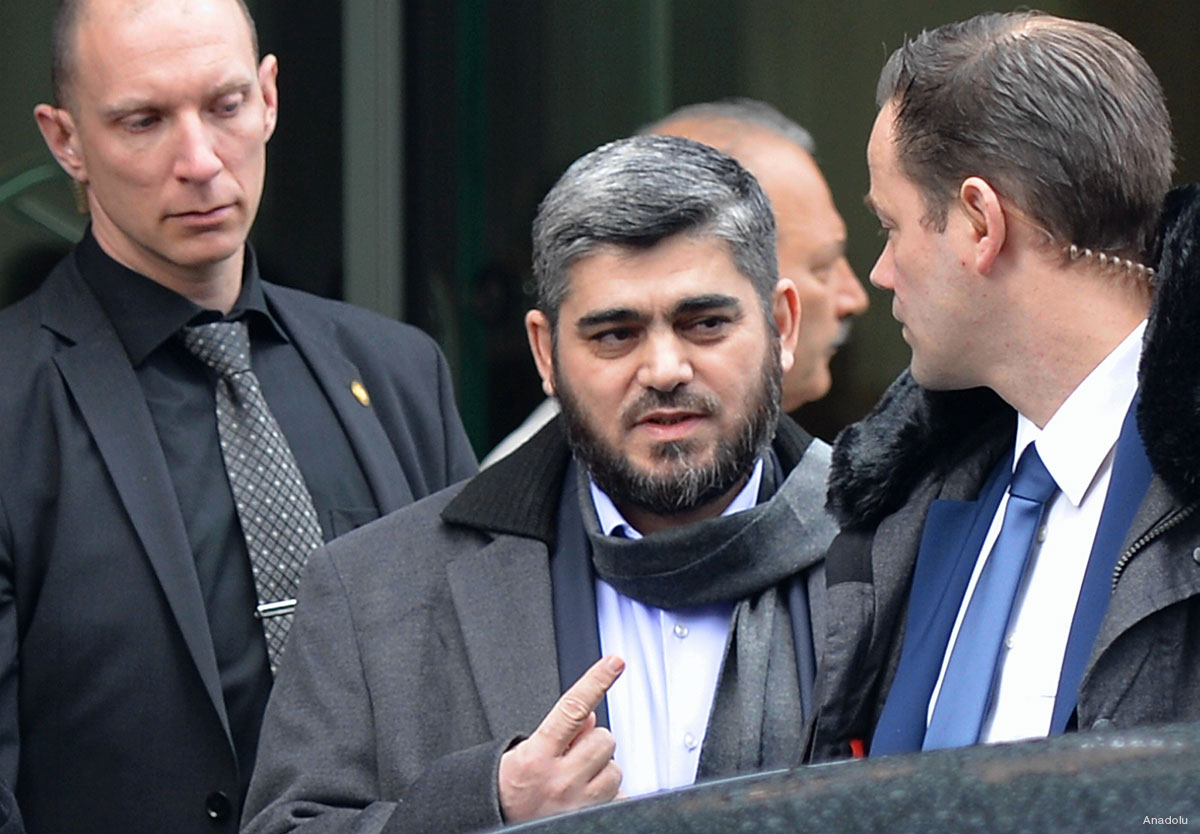 The Syrian opposition’s chief negotiator in stalled UN-brokered peace talks, Mohammed Alloush, announced his resignation on Sunday (May 29) citing the failure of the Geneva negotiations and the continued shelling of rebel-held areas by President Bashar al-Assad’s regime.

“The three rounds of talks were unsuccessful because of the stubbornness of the regime and its continued bombardments and aggressions towards the Syrian people,” Alloush, a member of the Jaish al-Islam (Army of Islam) rebel group, said in a statement on Twitter.

“I therefore announce my withdrawal from the delegation and my resignation.”

Two weeks of UN-brokered talks between the Syrian government and opposition groups in Geneva ended on April 27 with no breakthrough, as fighting flared on the ground.

A new round of talks had been expected for the end of May, but no new date has been announced.

The UN’s peace envoy for Syria, Staffan de Mistura, on Thursday said he had no plans to convene a new round in the next two or three weeks.

Diplomats have said there was little chance that the opposition would take part in a new round of peace talks if violence was raging and no aid was reaching civilians.

The peace talks aim to reach a settlement to end the five-year war that has left 280,000 dead and driven millions from their homes.

A shaky ceasefire agreed in February between the regime and non-jihadist rebels to boost the peace talks has been repeatedly violated.