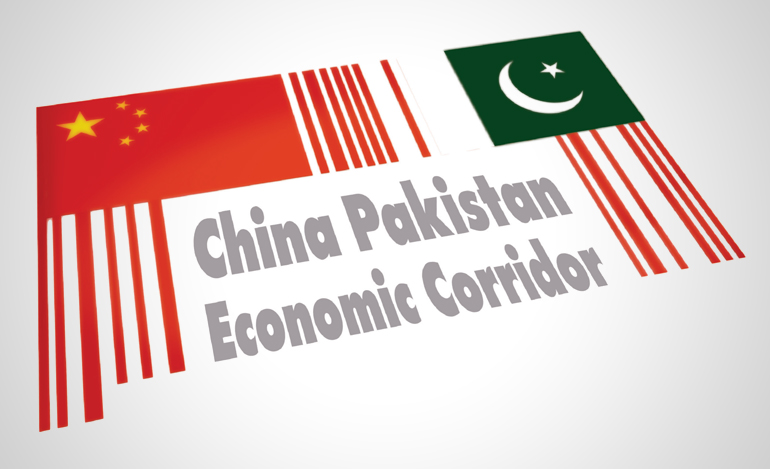 The groundbreaking ceremony for the new expressway, linking Peshawar and Karachi, was held on the first week of May this year in Pakistan. It is the single biggest transit project planned for the China-Pakistan Economic Corridor (CPEC) which is a key project of China’s “One Belt, One Road Initiative”. The Peshawar–Karachi expressway will be 392 kilometers long, with a total contract cost of USD 2.9 billion, with a designed speed of 120 kilometers per hour. The construction of this huge infrastructure in Pakistan with Chinese investment has raised India’s security concerns. In this context, it would be worthwhile to understand CPEC, the feasibility of the project, China’s vested interest, strategic moves or calculations of the Pakistan Army, and the impact on India’s national interest.

Regionalism has failed to take off in South Asia due to political differences, congeneric economies, socio-religious cleavages and deep rooted conflicts between the states, particularly India and Pakistan. These differences have not only created an obstacle for proper galvanization of interest both within and around South Asian Association for Regional Cooperation (SAARC), but its procedural and operational products, such as the South Asian Free Trade Area (SAFTD) and other regional economic agreements are also suffering from lack of commitment. As a result, the member states of SAARC have chosen to collaborate with extra-regional powers in various bilateral and trilateral engagements. China has shown special interests in South Asia and the potential vast market that the region provides. However, it is the emerging power’s most ambitious geo-political and economically significant initiative called ‘One Belt, One Road’ (OBOR) that has necessitated China to befriend states of Asia, Europe, Middle East and Africa. It is through OBOR that China is building roads, railways, pipelines, communication networks and industrial economic zones for connecting and expanding its partnerships beyond Asia.
One such connecting thread in OBOR is the CPEC. It connects West China with Arabian Sea and seeks to economically transform the area from Pakistan to China’s north western Xinjiang province through a network of highways, railways and pipelines spreading across 3000 kilometers. CPEC provides China the opportunity to access the Arabian Sea and the Indian Ocean. According to the five year development plan of China, CPEC values 17 percent of Pakistan’s GDP and has the capacity to generate more than 25000MW of electricity to the energy starved Pakistan.
Mega projects, like CPEC, require secure and stable environment for not just its construction but to reap its sustainable benefits. Pakistan is beset with political, economic, socio-cultural and security issues. And, it seems there is no safety for the USD 46 billion investment. Nawaz Sharif government believes that, if implemented successfully, CPEC will be a game-changer. It will provide economic growth and help to overcome threats from terrorism. But, the successful implementation of CPEC depends on the political situation of Pakistan. The state is entrenched with inter-provincial conflicts. There are repeated distress raised by the provinces on the massive and unequal distribution of resources, and non-transparent nature of the government’s actions on CPEC.
On the other hand, the Pakistani business communities believe that they are in a non-benefitting situation and the cheap Chinese products will harm the indigenous manufacturers. The economists argue that since the Chinese imports will have reduced or no taxes; there is a possibility that Pakistan’s economy will be negatively impacted and a steep decline in the revenue collection is estimated. In addition, the federal government of Pakistan has promised to build the western route so as to benefit Balochistan and Khyber Pakhtunkhwa, but its implementation is unlikely. As a result, CPEC is facing less encouragement from the political and economic stakeholders, and local people. Added to which, the whole Pakistan-China collaboration is being touted as Nawaz’s own political ambition.
Considering the conflict ridden state in Pakistan, China demands support and encouragement from the Pakistan army generals. Pakistan’s army has always played a dominant role in shaping and guiding Pakistan’s foreign and security policy. The state has sailed through four military coups since its independence in 1947. Interestingly, the Pakistan Army has taken special interest in this project. It called for installing a CPEC Authority for efficient plan execution. Over 15000 troops have been set up for overlooking the security of the Chinese workers and contractors involved in upgrading the transit facilities based in Balochistan, the stronghold of Afghan and Pakistan Taliban forces. However, it is argued that the greater involvement of the army vis-à-vis developmental projects with the external powers may heighten the ever-present civil-military tensions in Pakistan.
It is no secret that Pakistan is a breeding ground for dissensions and rebel groups. It becomes tedious then for viable bilateral and multilateral projects to work and sustain. For example, the Baloch rebels have constantly opposed the CPEC, and threaten to attack the people involved and destroy the infrastructures. Yet, projects like CPEC are important for the growth and prosperity of Pakistan. The proposed corridor and a place in the OBOR plan, has brought economic and strategic implications for Pakistan. As a result, crucial steps have beeb taken to remove obstacles in the path of CPEC. According to Media reports, the China Great Wall Industry Cooperation and the Pakistan Space and Upper Atmosphere Research Commission have signed an agreement to install a Pakistan Remote Sensing Satellite (PRSS-1) System, to be launched in June 2018, for safeguarding and monitoring the execution of the plan.
Amidst these developments in the neighborhood, India is alarmed. It has objected to CPEC on the grounds that it runs through the disputed territory – Pakistan-occupied Kashmir (PoK). India has claimed that three divisions of the Chinese Army are stationed in the PoK. Yet, there is clear lack of public debate on the impact of CPEC on India. The strategic thinkers need to articulate a clear stand on the situation because after the CPEC completes, China would have total access to the state of Pakistan and not just to PoK. Therefore, the solution lies in aligning India with its ‘strategic partners’ and devise a pragmatic move at the earliest.
Author: Pramod Jaiswal and Aditi Paul
(Dr Pramod Jaiswal is Senior Research Officer at Institute of Peace and Conflict Studies, New Delhi and Aditi Paul is Research Scholar at Nelson Mandela Center for Peace and Conflict Resolution, Jamia Millia Islamia, New Delhi. They can be reached at: editor@spsindia.in)
Source: southasiamonitor.org