Home » Manchet 1 » Is Russia at Risk of Zika Virus Spread? 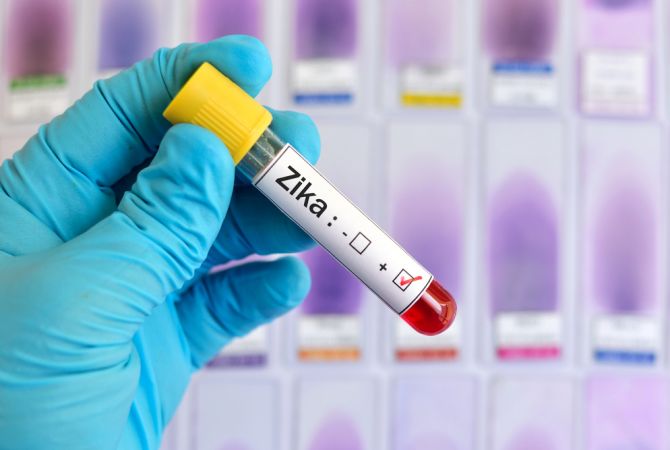 Is Russia at Risk of Zika Virus Spread?

The circulating news about the risk of Zika virus spread in Russia is still on, especially with many participants coming from all over the world to the Rio Olympics. So is Russia at risk of Zika Virus Spread?

On Saturday, the head of the Russian consumer rights watchdog (Rospotrebnadzor) and Russia’s chief epidemiologist, Anna Popova, told Interfax that “there are no major risks of being infected with the Zika fever for the participants in the Olympics in Brazil.” In turn, Russian Health Minister Veronika Skvortsova said in reply to a TASS query on Tuesday the 24th of May that “The Zika virus epidemic in Russia is impossible.”

Popova told Interfax on Saturday that “The epidemiological situation in Brazil is within the scope of our close attention today. According to official information, which is available to Rospotrebnadzor, there are no high risks for the guests of the Olympics.”

She commented on the media reports by saying that “We are aware of this information. We are closely cooperating in holding the Olympics and the participation in it safely with the Sports Ministry and other federal bodies of the executive branch of power. The situation remains under control,” adding that “the International Olympic Committee is due to decide on holding or moving the Olympics to another timeline.”

As was reported previously, over a hundred of doctors from around the world have signed an open letter to World Health Organization Director General Margaret Chan, asking to delay or move to another timeline the 2016 Summer Olympics in Brazil due to the danger of spreading the Zika virus.

Doctors, whose majority represent the United States, said that it had been unethical to put the Olympics participants in Brazil at risk.

Despite the confirmation of the fourth case of Zika virus in Russia, the health minister said that zika virus epidemic in Russia is impossible.

On the 23rd of May, the Head of federal health and epidemic monitoring service Rospotrebnadzor Anna Popova said that fourth case of the Zika virus in Russia has been registered. She added that “the virus was detected in a man who had recently returned from the Dominican Republic”.

She emphasized that a natural Zika outbreak in Russia is impossible, but unique cases may be registered in patients returning from overseas.

On the 15th of February, the first case of Zika virus has been registered on the territory of Russia, the consumer watchdog’s press service said.

TASS reported that “the watchdog noted that all necessary measures were taken in regard to the passenger plane on which the infected Russian citizen flew home, and there is no threat to the health of other passengers”.

Health Minister: Zika virus epidemic in Russia impossible“The Zika virus epidemic in Russia is impossible, besides specialists have developed a mechanism to protect Russia against imported cases of Zika”, Russian Health Minister Veronika Skvortsova said in reply to a TASS query on Tuesday.”We have developed an efficient test system,” the minister said. “An epidemic here, in Russia, is impossible,” she said, explaining that by Russia’s climate, unfavorable for the spread of the virus.

However, “isolated imported cases” are possible in Russia, and Rospotrebnadzor sanitary and consumer rights agency is fighting that, she added.

“We are about to be through with research and the testing of new medicines against the Zika virus our scientists have developed,” Skvortsova said, adding that she hoped for a positive result.

The minister said the illness “is usually mild with adults with symptoms of a light flu” with the exception of women with early pregnancy.

“There is data indicating that sometimes the Zika virus affects the embryo, resulting in its underdeveloped brain, the so-called microcephaly. Russia has developed “a most up-to-date testing system” for the virus, the minister added.

“We are now finishing trials of new medicines against Zika that our scientists have already developed,” she said, adding that she expected “a positive result of these tests”.

Russia not at ‘risk’ area for Zika virus, says authority

The Zika virus poses no real threat for Russia at the moment, a Russian academician said on Monday noting however that the situation could change amid global warming as a result of which mosquitoes that carry the virus could spread.

The general director of the N.F. Gamaleya Epidemiology and Microbiology Research Institute, Aleksandr Gintsburg said “We have more topical from my point of view problems – tuberculosis, AIDS and hepatitis, which are way more serious [than Zika].”

He explains that “at the present moment, an efficient fight against the Zika virus consists first of all in efforts aimed at destruction of mosquitoes carrying it.”

“In Russia this work is done very well,” he went on. “In the 19th century, Caucasus was a site of exiles, while now it is a resort, owing to very intensive dewatering job done in due time, starting from [governor] Prince Mikhail Vorontsov (1782-1856). Mosquitoes stopped propagating and this had a major effect on the anti-epidemiological situation of that region,” he said.

Predicting the spread of the Zika virus

A new tool by Japan-based researchers predicts the risk of Zika virus importation and local transmission for 189 countries.

According to the analysis by a team of researchers from the University of Tokyo, Hokkaido University, and the Japan Science and Technology Agency, countries that are well connected to/from Brazil have been at particularly high risk of importation.

The analysis also found out that subtropical and tropical countries with a history of dengue and other mosquito-borne diseases have the greatest risk of the virus spreading once it arrives in the country.

This means many nations in South and Central America, as well as the Caribbean, face the highest risk of infection and should take measures to prevent mosquito bites, according to the study that was recently published in Peer J. France, southern parts of China and the United Arab Emirates also fall into this category having experienced previous outbreaks.

The Zika virus was first found in Uganda in 1947, and then detected in 39 countries around the world, including the United States, India and Japan. In early 2015, a Zika virus outbreak in Brazil was soon followed by a high number of microcephaly cases, in which babies are born with abnormally small heads. The link between the two is not definitively understood, but is strongly suspected. Since the Brazil outbreak, Zika virus has been detected in an additional 39 countries, including in Europe, the U.K., South America and Asia.

New cases of the virus are being seen throughout the Americas and “the level of alarm is extremely high,” Dr. Margaret Chan, head of the World Health Organization (WHO), said during a meeting in Geneva. As many as three to four million people in the Americas, including 1.5 million in Brazil, could become infected, said Marcos Espinal, WHO’s head of communicable diseases at PAHO, the Americas arm of WHO.

However, WHO mentioned on its website: “Based on current assessment, cancelling or changing the location of the 2016 Olympics will not significantly alter the international spread of Zika virus. Brazil is one of almost 60 countries and territories which to-date report continuing transmission of Zika by mosquitoes,” adding that “People continue to travel between these countries and territories for a variety of reasons. The best way to reduce risk of disease is to follow public health travel advice”.