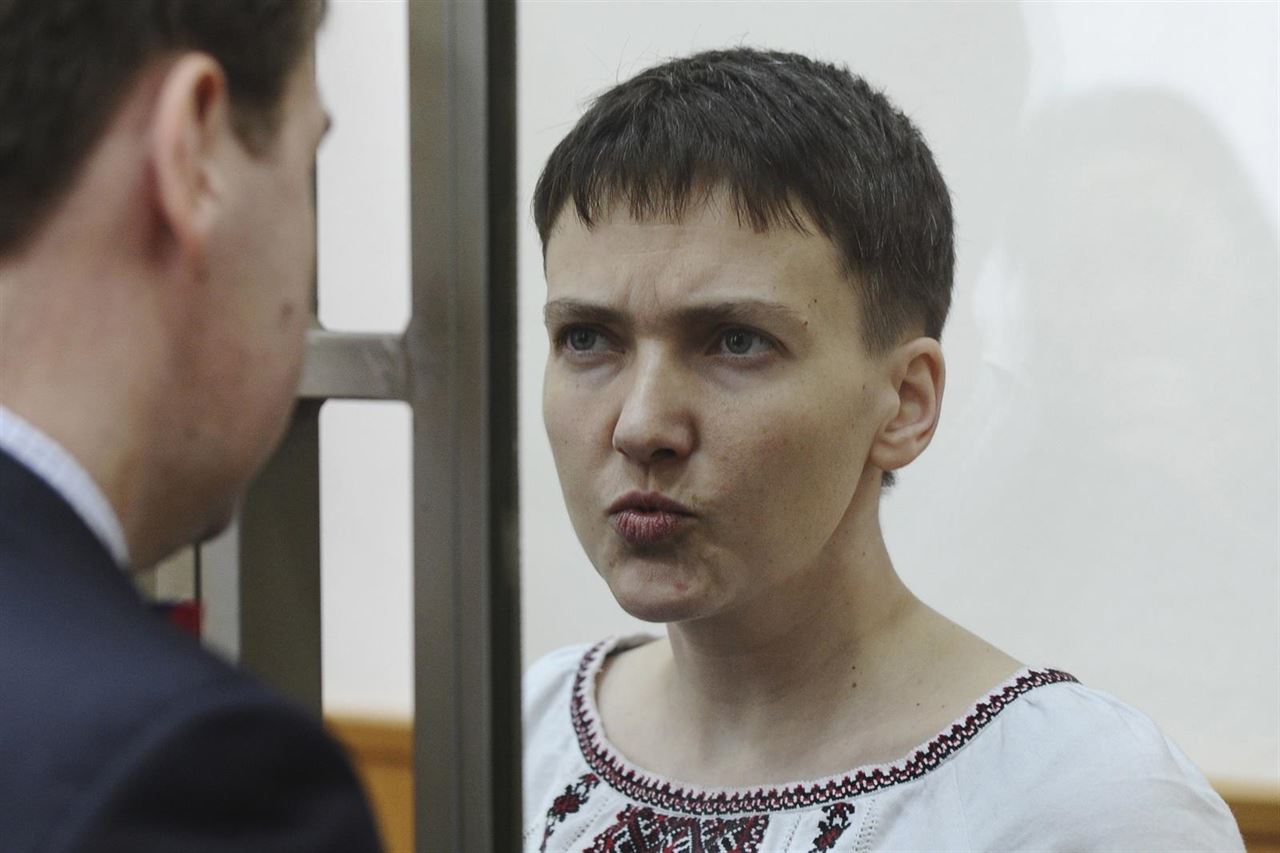 On May 25, Ukrainian pilot Nadia Savchenko, who was sentenced in Russia to 22 years in prison for being involved in the murder of two Russian journalists in Ukraine, returned to Kiev.

“I want to apologize to the parents of those, who have not returned from the anti-terrorist operation. I want to apologize to all mothers whose children are still in captivity, and I am free. I can not bring back the dead, but I’m ready to give away my life on the battlefield, and I will do everything to ensure that everyone who stays in captivity is free. I am ready to give my life for Ukraine. Heroes will be in the Verkhovna Rada!” Savchenko said.

“I’m not used to people, I am sorry, I can be harsh, I am free!” Savchenko added. She also promised that the Verkhovna Rada of Ukraine would consist of those who deserve it. “We will live in Ukraine as man should live, with dignity. I do not know how to do it, I can honestly say.” Savchenko admitted, adding that she was ready to “die every second for make it happen.”

In Moscow, the head of the Duma Committee for Civil, Criminal, Arbitration and Procedural Legislation, Pavel Krasheninnikov, stated that the return of Russian citizens Alexander Alexandrov and Evgeny Yerofeyev with the simultaneous pardon of Savchenko was a good example of international jurisprudence, reports TASS.

“We do not dump our people. This is a good example of international practice. All procedures have been observed in case of both Savchenko and our guys. Everything was done in accordance with the Constitution and the law of the Russian Federation,” the official said.

According to Krasheninnikov, the successful exchange testifies to the possibility to continue the dialogue between Russia and Ukraine in the sphere of international law. “It’s not so bad that there is a contact in the legal field,” added the MP.

Interestingly, Ukrainian President Petro Poroshenko promised to “return” the Donbass and the Crimea, “like we have returned Nadia.”

Upon Savchenko’s return to Kiev, Poroshenko awarded her with the Order of the Hero of Ukraine that had been assigned to her in absentia.

“We are all proud of the way she was behaving for long 709 days. Nadia’s mother and sister were waiting for her to return home like no one else,” Poroshenko said.

“Like we have returned Nadia, we will return the Crimea and the Donbass,” Poroshenko said. He also thanked French President Francois Hollande, US President Barack Obama and EU leaders for their support.

Savchenko spoke after Poroshenko: “Thank you mother, who was waiting. Thank you sister, who was at war. Thank you, people. If the people were not speaking up, politicians would not have done anything.”

“I want people not to want war, I want them to want peace. Sometimes, there is no peace without war. It is good that there is the Minsk agreement,” said Savchenko. “There is nothing to fear. We will work for the Ukrainians to be Ukrainians and live on their land,” she said, adding the nationalist slogan “Glory to Ukraine!” at the end of her speech.

On Wednesday, May 25, Ukrainian pilot Nadia Savchenko was exchanged for two Russian citizens Alexander Alexandrov and Yevgeny Yerofeyev. Later it became known that the aircraft of Ukrainian President Petro Poroshenko with Savchenko on board took off from Rostov-on-Don, Russia. At around the same time, another plane with Russian citizens Alexandrov and Yerofeyev aboard departed from Ukraine. In Moscow, they were met by their wives. The two men have not released any statements upon their return to Russia.

Later during the day, the Kremlin published a decree to pardon Savchenko. The Kremlin explained the move with requests from the relatives of the VGTRK journalists, on whose case Savchenko was sentenced to 22 years in prison. Poroshenko, in turn, signed the decree to pardon Alexandrov and Yerofeyev.