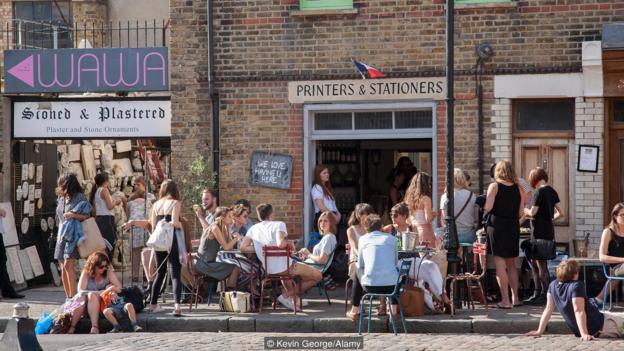 Many people think the British capital’s heyday was in the past. But not only is it more exciting now than it’s ever been, it’s the most exciting city in the world, writes Dylan Jones.

The publishing world has become overrun by books celebrating particular points in time. A few years ago, Bill Bryson wrote an entire book about 1927; just last month, David Hepworth wrote a wonderful case for 1971 as the apotheosis of post-war pop music. Soon there will be a big fat hard-cover devoted to every year of the 20th Century.

One year that is continually celebrated, particularly in London’s history, is 1966: first in 2003 by Shaun Levy in Ready, Steady, Go! The Smashing Rise and Giddy Fall of Swinging London, then in 2015 by pop archivist Jon Savage in the more prosaically titled 1966. This most recent book claims, yet again, that 1966 was when the city was at its creative peak.

And if it’s not 1966 that was said to be the year in which London was at its cultural, most fashionable height, then it’s the London of punk rock, 1977. Or perhaps it was in the mid ‘90s, when Britpop and the YBAs seemed to rule the city.

But the proposition is wrong. London is more exciting now than it’s ever been.

The mid ‘60s may have been a period in which the city became a mecca for American tourists and an international symbol of cultural upheaval. It may have been the time of the Beatles, the Rolling Stones, the Kings Road, Carnaby Street, ‘dolly birds’ and swishy nightclubs like the Ad Lib. But the Swinging ‘60s were only swinging if you were one of the lucky 500 who frequented the right kind of discotheques.

In fact, all of these periods pale when compared to London as it is today. Not only is London the greatest, most dynamic city in the world, it’s never been better than it is now.