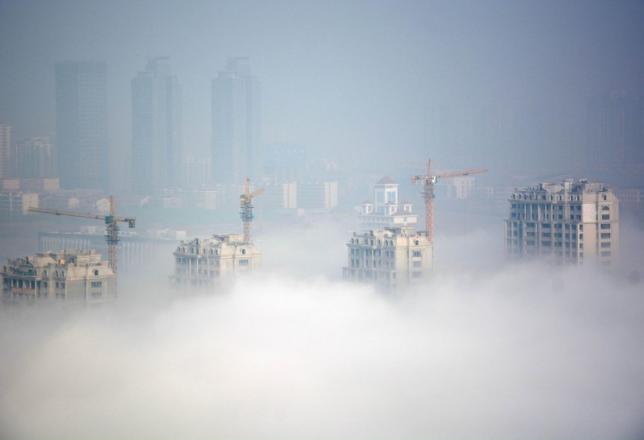 The risk of man-made and natural disasters hitting fast-growing cities is rising, and national governments must do more to help municipal authorities protect residents through better planning, the head of the U.N. agency for human settlements said.

UN-Habitat Executive Director Joan Clos said urbanization was accelerating, particularly in developing countries, while the capacity to keep it manageable was diminishing.

The proportion of the global population living in urban areas has risen from half in 2000 to 55 percent now, he noted. It is predicted to reach 70 percent by 2050.

Most of the growth in urbanization is unplanned, Clos told the Thomson Reuters Foundation on the sidelines of the World Humanitarian Summit in Istanbul this week.

“A lot of people are living on unprepared sites, and that means the risk of catastrophe is increasing,” said Clos, a Spanish politician who served as mayor of Barcelona from 1997 to 2006. “If we are not able to change that, be prepared to see bigger numbers of victims.”

National governments must step up and provide direct support to local officials so they are better equipped to carry out urban planning, he said. But that is a challenge, “because there is no real understanding of what urban planning is”, he added.

Some African cities have municipal budgets of just US$6 per person per year, he said, leaving mayors without the resources to act.

“(We) need change at the national level in order to understand the risk that unplanned or spontaneous urbanization represents – even for the political stability of the country,” Clos said.

What national governments do is crucial because they set the “rules of the game” – from land legislation to the powers of local authorities, he added.

Yet municipal authorities, especially in poor nations, are often left largely to their own devices to cope with the pressures of migration, floods, storms or rising seas.

And when earthquakes strike cities, as with Haiti’s capital in 2010, they can cause massive devastation in crowded slums with shoddy construction.

In response to the growing need for humanitarian assistance in cities, a new platform for aid agencies, local authorities, researchers and businesses was launched at the Istanbul summit.

Members of the Global Alliance for Urban Crises will share their expertise to craft more effective ways of helping people in cities, whether they be flood victims or refugees.

“With 60 percent of refugees living in urban areas, humanitarian actors have begun to realize that the traditional service delivery model focused on camps is not appropriate in towns and cities,” said David Miliband, president of the International Rescue Committee.

One key difference is the need to work with mayors, local authorities and service providers rather than bypassing them.

The alliance will also push for a new 20-year development plan for the world’s urban areas, to be agreed at a U.N. conference in Quito in October, to address the worsening humanitarian problems facing cities.

Clos said he hoped the gathering in Ecuador would advance understanding among national governments of the need for a more comprehensive approach to urban planning – from laws and regulations to the tax base.

“Urbanization should be very positive for the country,” he said. “It is a very efficient tool for development, but it cannot be delivered if there is no commitment.”