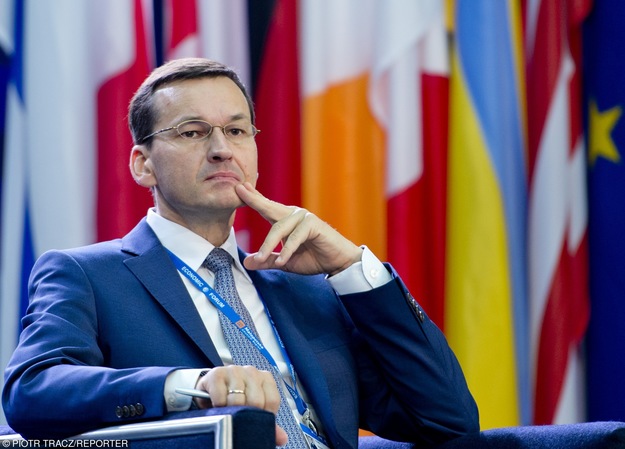 A constitutional dispute between the new Polish government and the European Union is deterring some foreign investors, Deputy Prime Minister Mateusz Morawiecki said on Thursday.

A constitutional dispute between the new Polish government and the European Union is deterring some foreign investors, Deputy Prime Minister Mateusz Morawiecki said on Thursday.

Morawiecki, in charge of economic policy for the new, eurosceptic government, was answering a question on the fallout from a rare investigation by the European Commission into whether Polish government policies are threatening the rule of law.

“There is not much impact, but there is some impact. Maybe 20 percent of the potential investors who would have been investing are putting a question mark, asking what is going on, saying ‘I’ll wait for a final solution in that respect,'” Morawiecki told reporters.

The Commission is worried by the Polish government’s changes to the country’s constitutional court, which critics say undermine its ability to maintain democratic checks and balances. It is also looking into a tightening of government control over Polish state media.

But Morawiecki said investment decisions were more driven by Poland’s economic fundamentals and fiscal and monetary policy, as well as international factors such as economic slowdown in China and the euro zone, as well as tensions with Russia over Ukraine.

He said he was not worried by the rise in Poland’s borrowing costs since the new government took power in October. The benchmark 10-year yield has risen to 3.07 percent from 2.58 percent in October.

He said the exchange rate of the Polish zloty, in a range of 4.2-4.5 to the euro, was “not too weak and not too strong. It supports exports and does not undermine the confidence of investors”.

Poland’s ruling Law and Justice party PiS won elections on promises of lowering the pension age, increasing the tax-free allowance, paying out child benefits and offering relief to Poles who took mortgages in Swiss francs and were then caught out by a sharp rise in the Swiss franc exchange rate.

This raised questions among economists if all the promises could be financed while sticking to the EU limit on budget deficit of 3 percent of gross domestic product. But Morawiecki said the government would not increase spending until it had higher revenues.

“Not until we are convinced that GDP growth is stimulating some additional tax collection and some specific actions taken by the finance ministry are successful, shall we increase our expenditures,” he said.

Morawiecki said the plan to reverse the previous government’s reform of raising the pension age to 67, would be cushioned by incentives, through higher pensions, to keep working longer. People would have to meet additional conditions to be able to retire at 60-65, as before.

He said the plan to increase the tax-free allowance was part of a much wider overhaul of taxation.

“Here we are thinking about a completely different system, a consolidated-type tax made up of VAT and social security and health insurance and personal income tax,” he said.

“Once we do this, the impact of the tax-free amount on the budget is going to be zero,” he added, stressing the tax overhaul was only in a planning stage but “quite likely.”

On the question of Swiss franc mortgages, Morawiecki said President Andrzej Duda would present a “balanced solution” in the next two weeks.