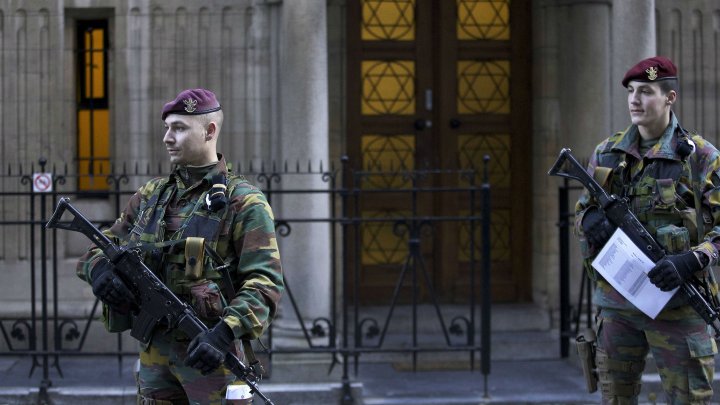 Belgian police searched houses in the city of Antwerp on Wednesday and detained four people on suspicion of belonging to a terrorist group and trying to drum up recruits to fight with Islamist militants in Syria or Libya, state prosecutors said.

Two were formally arrested while the other two were given a conditional release.

“They are suspected of trying to recruit individuals to travel to conflict zones in Syria or Libya,” a prosecutors’ statement said.

It said no weapons or explosives were found in the house searches and there was no apparent link with the March 22 suicide bombings at the international airport and on the metro in Brussels which killed 31 people.

But it said some of the four planned to join the Islamic State militant group and a preliminary investigation showed they may also have been planning attacks in Belgium.