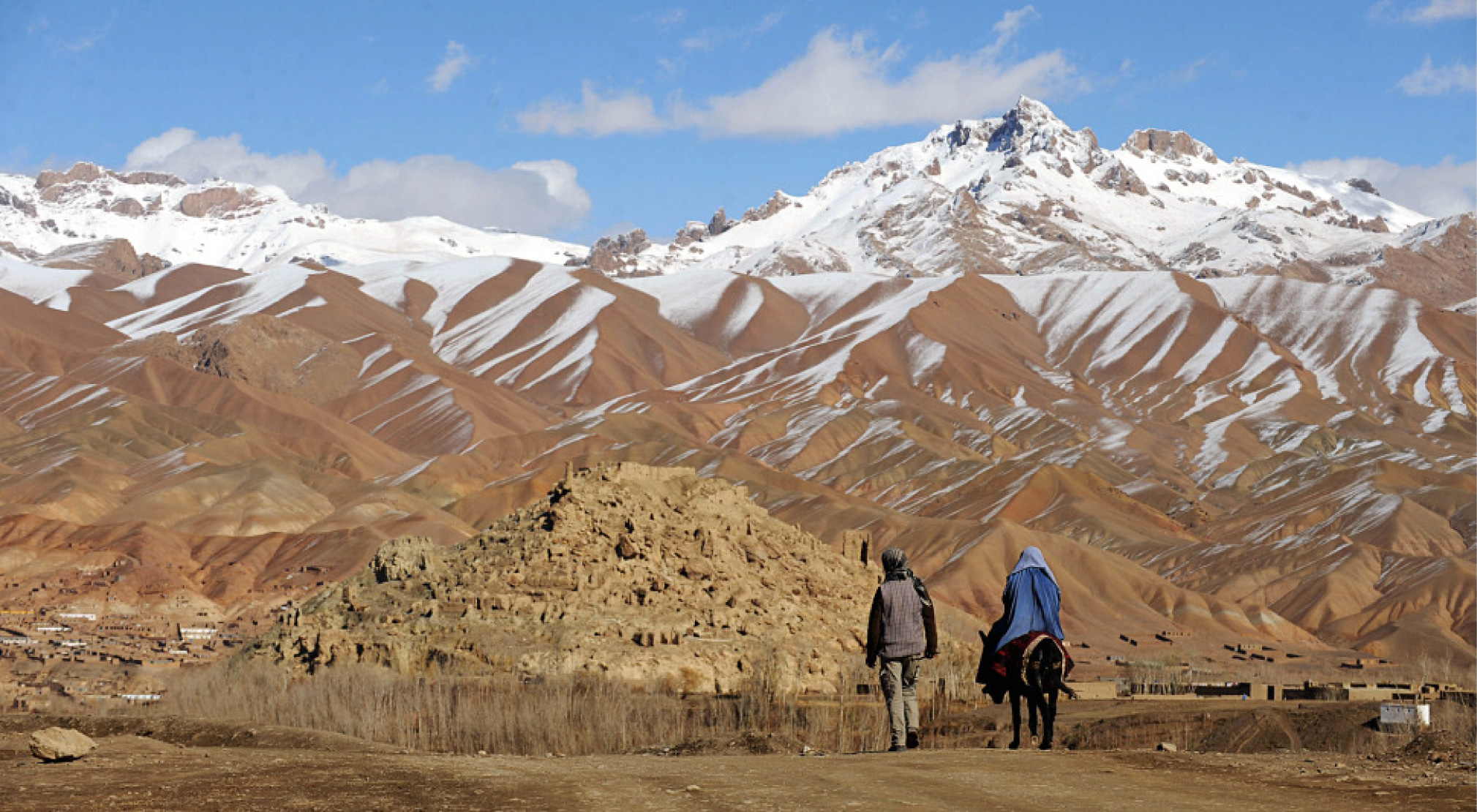 The three issues that cause the biggest concern are:

— the spread of instability from Afghanistan to the north and to the Central Asian states that border Russia;

— Russia’s transformation from a transit country into a market for Afghan heroin, which kills 25,000 Russians every year;

— the formation of Islamic State (DAISH) Infrastructure in Afghanistan, which may start exporting its practices to the Russian North Caucasus and the Volga region.

In this regard, the question being discussed in Russia is whether Moscow should once again interfere in the Afghan conflict, or whether it would make more sense to keep out of it by muting or localizing the threats.

Experts agree that an early end to the conflict is not on the cards. They point to the events that are due to take place in 2016 and that may influence the situation in the entire region. First, in October, Afghanistan will hold parliamentary elections under the new election law. Second, the council of tribal elders, Loya Jirga, will meet after a long break. Third, the donor conference on Afghanistan scheduled for October will discuss the prospects of continuing financial aid from the major donors, Japan, Germany and the United Kingdom. The flow of foreign financial aid is the key external factor in the stability of Afghanistan.

There is a risk that the situation in Afghanistan could destabilize dramatically in the near future. It may be the result of several factors: the lack of unity in the Kabul administration; the emerging crisis of the legitimacy of the government; the massive increase of the influence regional leaders and warlords have; deepening inter-ethnic tensions. Islamic State militants have recently stepped up their activities. The Taliban, currently consisting of several feuding groups whose actions are in many ways directed by foreign sponsors, has declared the start of a new fighting season.

It is against this background that instability is flowing from the south-eastern parts of Afghanistan to the north. With fighting under way in 24 of the 34 provinces, the ruling regime has little chance of holding on to power. The prospect of a future coalition government including the Taliban is also dim.

Afghan policemen take position during
the gunfire in front of the Indian consulate in
Jalalabad, Afghanistan March 2, 2016

Once again, Afghanistan is becoming a source of terrorist threat for Central Asia. The threat is growing because of the intensive fighting in the country’s northern provinces bordering on the former Soviet states and the fact that many of the fighters come from the CIS countries. The majority of them are members of regional extremist groups (the Islamic Movement of Uzbekistan, the Islamic Jihad Union, Jamaat Ansarullah) that moved to Afghanistan in the 1990s and 2000s.

At present, at least 2,000 extremists from Central Asia are fighting with Taliban and ISIS units in northern Afghanistan. Both terrorist groups have, at different times, declared war on Russia. There is a growing risk of extremist attacks on those former Soviet states that are allies of Russia.

Terrorist attacks today may follow one of the four scenarios. The first three involve possible attacks by groups numbering between 50 and several hundred militants against border posts or border villages.

Scenario 1. The least likely target is Uzbekistan. There are comparatively few fighters on the Afghan side of the border, which is well fortified, while the national army and border guards are among the strongest in the region.

Scenario 2. The most dangerous scenario would see the movement of mobile groups of no more than 10 to 15 fighters deep into CIS territory, including Russia, Kazakhstan and Kyrgyzstan. These groups may commit high-resonance terrorist attacks and create long-term organized crime and terrorist groups.

Scenario 3. The second biggest threat involves Tajikistan. Fighters have been spotted in Afghanistan’s border province of Kunduz, where they seized the administrative centre and held it for several days in the autumn of 2015. In the spring of 2016, Taliban mobile sabotage groups penetrated into Tajikistan on at least two occasions. However, the situation stabilized by April, mainly because the militants were forced out of the border areas of Kunduz by the Afghan army, patrolling of Tajikistan’s border was strengthened and training of Collective Security Treaty Organization (CSTO) troops in repelling an invasion was stepped up.

Scenario 4. Among potential terrorist targets is Turkmenistan, whose border posts were under constant attack throughout 2014–2015. Armed Afghan opposition is present in practically all the provinces on the border with Turkmenistan (the strongest presence is in Faryab and Herat). It is hard to say how well prepared the Turkmen armed forces are to repel possible attacks, since the country has imposed an information blackout and avoids cooperation with the CSTO. Up until the end of 2015, the Turkmenistan authorities denied the very existence of a threat from Afghan extremists. Nevertheless, the national army has noticeably upped its presence in the southern border areas since the beginning of 2016.

Attempts have already been made by fighters returning from Afghanistan and Syria to the Fergana Valley. Using radical ideology, they have tried to form groups that engage in racket, robbery and drug smuggling in cooperation with the militants active in northern Afghanistan.

This is precisely how the Pakistani Taliban, a major terrorist group of the Tribal Zone in Pakistan, came into being. It was founded in the 2000s by insurgents who fought on the side of the Afghan Taliban in the Afghan war and tried to copy its experience upon returning home. As of today, the new group has established control of drug and arms smuggling in the Tribal Zone and created a powerful network of underground bases and transforming itself into one of the biggest threats to Islamabad.

Attempts of the Islamic Movement of Uzbekistan to repeat the Pakistani experience took place in the city of Osh (Kyrgyzstan), but were quashed by the national security forces. Even so, the risks of repeat attempts of this kind will persist as long as there are radicals in the region who can draw financial support from terrorist centres in Afghanistan and Pakistan.

Islamabad remains the leading external party to Afghan processes. Opposition units receive constant arms, money and medical supplies from Pakistan. However, in Islamabad, relations with Kabul are not the responsibility of the government, but of military and cross-agency intelligence. Different groups within Pakistan’s military establishment have been unable to forge a common strategy on the Afghan issue. Compounding the problems is the fact that the Pakistani army has practically no control over the Tribal Zone that stretches along the border with Afghanistan.

Russian experts are one in thinking that the situation in Afghanistan is deteriorating. But there is no consensus as to how Russia should react. Some argue that the security of Russia and its allies makes it imperative for Moscow to interfere in the conflict with massive military-technical, economic and humanitarian aid to the Kabul government. In their opinion, the security of Russia will exact a high price. In the worst-case scenario, they propose a Syria-style operation of the Russian Aerospace Forces in Afghanistan.

Other experts feel that the threat to Russia from Afghanistan is grossly exaggerated and warn of the risk of being bogged down in a new conflict to which there is no solution. The “isolationists” think that any Russian involvement in projects on Afghan territory would involve taking sides in a new civil war. They argue that Central Asian problems are not directly linked with Afghanistan and stem primarily from the dire economic situation. The current plight of Central Asian economies is due to the falling price of oil, the economic crisis in Russia and the forced return of labour migrants to their home countries. The “isolationists” urge the need to stem the spread of instability to the north and localize Afghan threats within the state borders without interfering with the goings-on in the country.

In the eyes of many, the two extreme positions in Russian politics could be reconciled by monitoring the situation in Afghanistan and attempting to defuse humanitarian tensions. The advocates of this position think that neither Moscow’s isolation from Afghan problems, nor its excessive involvement in them meet Russian interests. In their opinion, the crisis in Afghanistan can only be overcome by the Afghans themselves on the basis of local recipes, while the task of the external forces is to mitigate the more acute problems that push people to acts of desperation. They consider the humanitarian situation to be the key problem.

According to the UN, 7 million people in Afghanistan are in need of aid. Of that number, 2.2 million people are short of food. Poverty and unemployment prompt young Afghans to join paramilitary groups that have an anti-establishment and often criminal character. Many emigrate to neighbouring Central Asian countries and to Pakistan. This creates extra pressures and throws the local regimes off balance. There are even cases of Afghan soldiers deserting when undergoing training in the United States, seeking to stay in the country forever.

One way in which Russia could contribute to improving the humanitarian situation in Afghanistan is to step up work with national and international organizations. That would offer direct leverage over the situation in the country. Moscow could gain a deeper insight into the situation on the ground and avoid unwarranted decisions, above all excessive involvement. Experts suggest that increased Russian contribution to the United Nations Development Programme (UNDP) budget would be an important step. In addition, Russia could support the international NGOs present in the region, such as the International Committee of the Red Cross (ICRC) and Medecins Sans Frontieres.

The biggest humanitarian aid infrastructure in Afghanistan has been deployed by the International Committee of the Red Cross, which is based in Switzerland. The network of ICRC regional offices covers a third of Afghanistan’s territory, while its operations span the whole country, with special emphasis on the most threatened areas. During the decades of its presence in Afghanistan, the Red Cross has put effective field offices in place, even in regions controlled by armed opposition and Islamist groups. It has achieved this result thanks to its policy (neutrality, confidentiality) and adherence to the principle of engaging all parties to conflicts in a trusting dialogue. Its massive regional presence enables the ICRC to provide assistance to some 4 million people every year. Russia has experience of cooperating with the ICRC, primarily in addressing the humanitarian situation in Eastern Ukraine and in Syria. Russia has contributed a total of $4 million to the budget of Red Cross operations in both hot spots.

However, it is important that the resources which Russia commits are officially “recognized” as Russian aid. In the past, it has happened on occasion that the credit for projects financed using Russian money has been ascribed to organizations that have no connection to Russia and were merely administrators. Work in the humanitarian sphere calls for thorough accounting and control of spending. The experience of US aid programmes highlights the risk of resources being used inefficiently. These are mistakes Russia should try to avoid repeating.

Emphasis on Russian humanitarian assistance would help Afghanistan to overcome the more acute social imbalances that breed violence and in time restore social and political equilibrium.