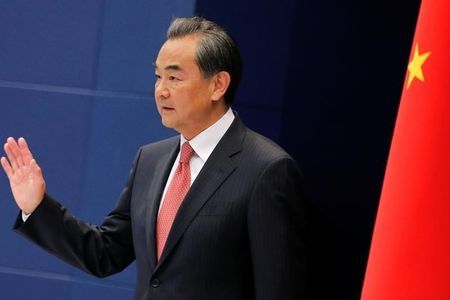 China suspended the task force, which had been drawing up G20 policies for increasing transparency of offshore financial structures, this year after taking over the G20 presidency, according to sources, who called it a setback to global efforts to crack down on shell companies.

China is one of several countries under pressure to share data on paper companies after the “Panama Papers”, documents from Panamanian law firm Mossack Fonseca, revealed how the rich and powerful use such structures to avoid taxes and in some cases conceal ill-gotten gains.

As one of China’s top 10 priorities for September’s summit in the city of Hangzhou, Wang said China would promote a three-pronged approach to anti-corruption cooperation, including formulating principles to chase down high-level fugitives, setting up a research center on fugitives and stolen assets, and drawing up a 2017-2018 anti-corruption “action plan”.

“The three-pronged anti-corruption structure of establishing principles, mechanisms and operations, will ensure corrupt individuals in the G20 have nowhere to hide and no way to cover their tracks,” Wang told a news conference on the summit.

He did not elaborate on the plans.

China has been trying to get increased international cooperation to hunt down suspected corrupt officials who have fled overseas since President Xi Jinping began a drive against deeply rooted graft more than three years ago.

But Western countries have been reluctant to help, not wanting to send people back to a country where rights groups say mistreatment of suspects remains a problem, and also complaining China is unwilling to provide proof of their crimes.

China has said it has talked with U.S. officials about the case of Ling Wancheng, the brother of Ling Jihua, a former senior aide to retired president Hu Jintao.

Ling Wancheng is in the United States, though he has denied through his U.S. attorney that he handed state secrets to U.S. authorities.