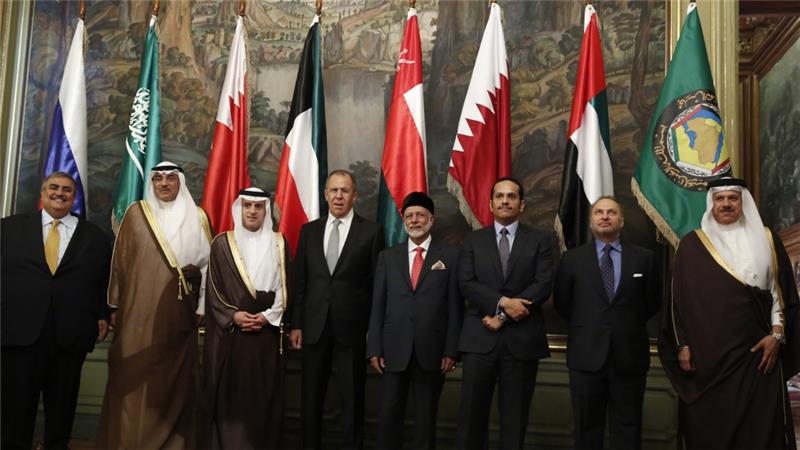 Arab Gulf leaders have held talks with Russia’s foreign minister in Moscow as part of renewed efforts to stop the war in Syria.

Today’s meeting between Sergey Lavrov and the Gulf Cooperation Council (GCC) foreign ministers comes as rebels in northern Syria continue to make slow progress in their campaign to evict the Islamic State of Iraq and the Levant (ISIL, or ISIS) armed group from its stronghold in the city of Raqqa.

However, there are “still very big differences” between the two sides – which are meeting for the fourth time – on the issue of Syria, he said.

“One of those is about the fate of Syrian President Bashar al-Assad. Another one has to do with the different opposition groups that are fighting in Syria at the moment.

“There are two particular ones – Ahrar al-Sham and Jaish al-Islam – which Russia wants to be listed as terrorist organisations. But these two groups have been vetted by the Saudis as part of the High Negotiations Committee, which is the key negotiating bloc of the opposition movement inside Syria.

“This is a difficult point between the GCC and Russia.”