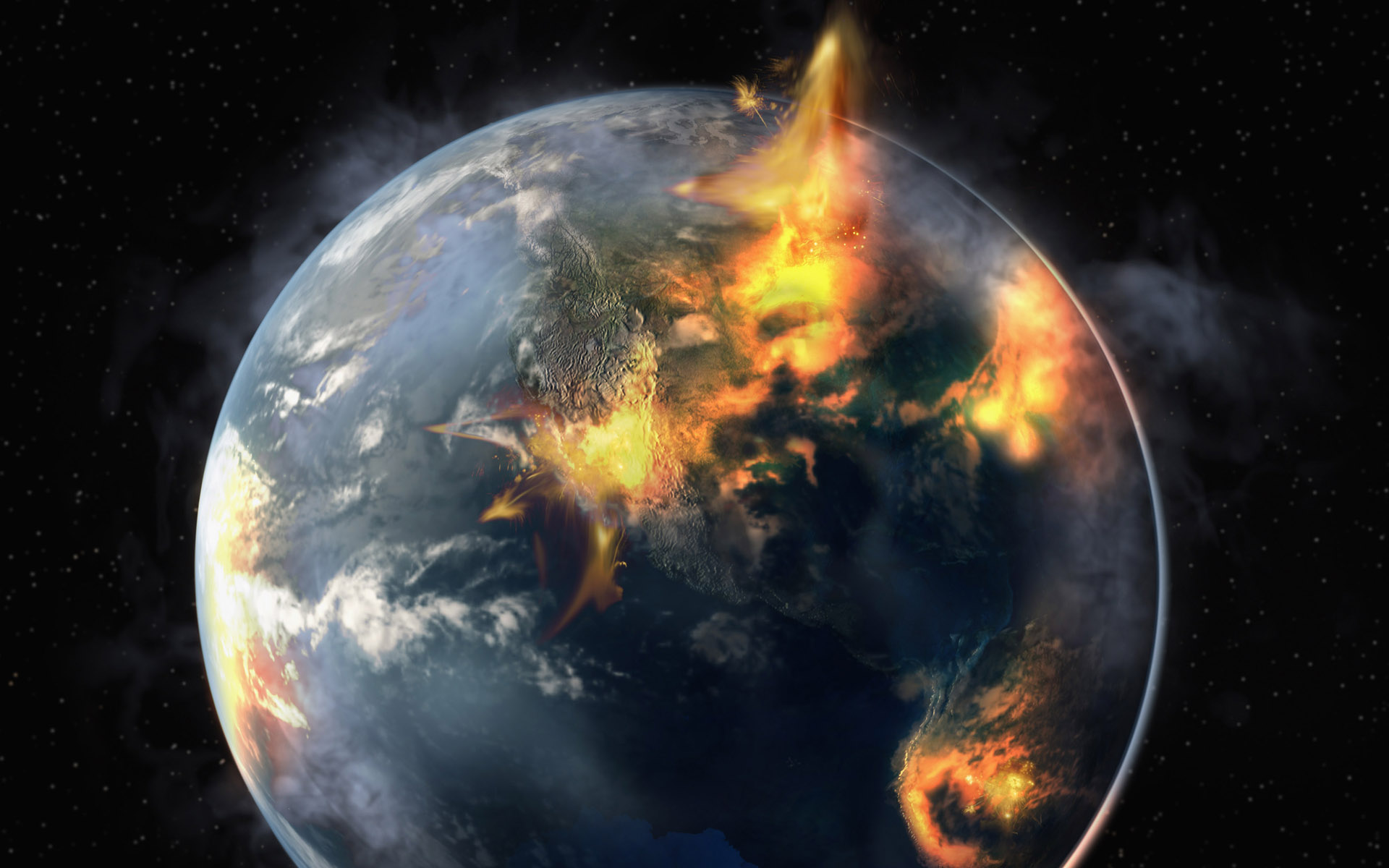 After the previous article about the decisive victory in Syria, we asked whether President Vladimir Putin will perform surgery and remove the malignant tumor from the Syrian body, in collaboration with regional allies, who are Iran, the Syrian army and Hezbollah. We talked about the importance of this surgery, because terrorism in Syria today affects the global body as well as it affects the Syrian body, and we see how the global body suffers through the risks of terrorism, so there is no important region in the world not affected  by the terrorist threat, even in the other camp, led by the United States of America.

Since then, about twenty days ago, the terrorist forces are working against this Syrian patient’s body and killing it without mercy, exploiting every minute to hurt all the components of the Syrian people, causing destruction and killing  innocents, of course under the truce adopted by the UN Security Council. They want to show the world their ability to influence and destroy the cities which lay near them. Perhaps Aleppo and the small village near Hama Zara, which has become famous for the horrific massacre carried out by the terrorists of the “al Nusra Front” and its allies from the “moderate armed factions”, only a few days ago, are two examples of that. Every day and everywhere, martyrs are falling and homes and properties are destroyed. But the voices of the Syrian people in all parts of Syria, even in the besieged territories, are still high and declaring that Syrians will not surrender to this infection that is trying to kill the Syrian body, but perhaps these cries are messages to the universe and also to those cells defending the Syrian body, not to surrender and to insure the necessity of victory over this infection.

That, what I presented above, is not the aim of my article today. The main objective is to analyze the reasons for the delayed response, and to clarify the reasons of this delaying for those who are suffering and for those observers who accuse Russia, the Syrian army  and their allies, because of the delay in the start of the battle, which can relieve all of the Syrian cities from those terrorist groups, which do not respect the minimum human values, through what we see every day of their actions.

So we can understand the problem, only if we know these organizations and their affiliations and the countries which support them. ISIS and the “al Nusra Front” are the main terrorist organizations and the largest in terms of numbers and arms in the Syrian arena. They constitute more than eighty per cent of the terrorist forces in Syria. ISIS is in the north-eastern region in Syria, and the Syrian city Raqqa is its main center. But the “al Nusra Front’s”  main concentration is located  in the northern Syrian city of Idlib and the countryside stretching from Aleppo to Lattakia. the Army of Islam backed by Saudi Arabia is one terrorist group that belongs to the so-called “opposition factions”,  Rahman Corps backed by  Qatar, both of them are in Ghouta maize next to Damascus. Ahrar al-Sham faction of another terrorist “opposition faction”, is supported by Turkey and located mainly in the north of the country.

After Security Council resolution 2254, and the agreement between Russia and the United States that ISIS and “al Nusra Front” are two terrorist factions, and therefore they were not subjected to the decision of the truce, the Syrian army has succeeded with its allies to remove ISIS from the city of Palmyra. That was amazing by all standards, as a result of the speed of military achievement and a result of the importance of destroying strategic ISIS goals. Palmyra  was representing the future key for linking ISIS fighters in Jarrod Qalamoun and the rest territories near Damascus with its main areas in the north-east of Syria. Perhaps the control of the Syrian army on Palmyra and then on the city “Alqaryateen”  destroyed the most important ambitions of ISIS in the future to expand toward Damascus.

The truce was undoubtedly useful for all these terrorist Groups, because they found in this truce a chance for bringing fighters and  financial and logistical support from their supporting regional countries. We have to observe especially the quality of weapons they received,  through which they could target Hezbollah commander Mustafa Badr al-Din, who was killed in an operation near the Damascus International Airport, this show the high level support received by these groups from  the regional and international supporters.

The alliance, which Russia led in this global battle in Syria, depends on a different policy than the other alliance, it does not raise its demands, but only abides by international law and  leaves the option at the end for the Syrian people to choose their representatives and their leaders, and this is what was expressed in Security Council resolution 2254. The alliance led by Russia depends on a step by step policy in its strategy since the start of the Syrian crisis, and did not change it this whole time: the need to adhere to international law and to work with the Syrians to help them to solve their problems. While the other axis led by the United States determines the final image of Syria’s future as one without Assad’s presidency, no resistance strategy against Israel and all Syrian orientations at the end of the war  should fit the American  orientation in all vectors.

Russia tried to listen attentively to all Syrian opposition groups, even those “opposition factions” with their hands contaminated with blood, in an attempt to show the Syrians, that Russia is not with one party against another. It called upon all to Moscow and tried to bridge the gap in viewpoints to reach mutually acceptable solutions to protect the Syrian people, who are suffering, although it was believing that the majority of those “armed factions” are not moderate, and they represent regional actors and implement their agendas.

Russia continued within the framework and the logic of the international law, in the dialogue, and accepted the logic of others that these groups are “moderate”, only under the condition that they committed to the truce imposed by the UN Security Council. Russia knew that this test is difficult to perform  from these groups and will reveal their real role in the near future after the ceasefire will be in effect. But it gained, with its allies, an international classification for more than eighty per cent of the terrorist groups, which were represented  by ISIS and the “al Nusra Front”.

The United States and its allies know that getting rid of “al Nusra Front” is a real disaster for the “moderate factions” of various denominations, that prompted regional countries to shuffle the cards in the field. Where “al Nusra Front” operates, there are  some  groups of those “moderate factions” fighting along with “al Nusra Front” or under its leadership, so the Syrian army and its allies are not allowed to attack the “al Nusra Front” because of the existing “armed opposition”. The double standards of the US alliance are more than clear in this area, they are classifying “al Nusra Front” as terrorism, and at the same time they are classifying the fighters under its flag and its leadership as opponents, so the “armed opposition” became terrorist and non-terrorist at the same time (Schrödinger’s Cat), and I think that this opposition is the only asset still owned by American machine in Syria.

The resolutions and the international classifications allow the Syrian army and its allies to fight “al Nusra Front”. Will Russia move toward an international resolution or at least to an agreement with the US, which allows the fight against “al Nusra Front” to also compel other factions to enter the political process in Syria, in order to end the suffering of the Syrian people? Such an international agreement will be needed from all parties to end the epicenter of terrorism in Syria, as it represents the terrorist threat to the whole world, the world needs also to ease the tensions in the Middle East, which has become a powder keg that could explode and threaten world peace at any moment. The world needs also to stop the plans of some of the regional countries that do not think about world peace but only about sick ideologies that are spreading death and terror around the world, the examples for that are Saudi Arabia and Qatar.

The suffering of the Syrians and the massacres that happened in Syria will not allow for sane people in this world to accept this logic of international double standards, which condemns terrorism in one place and justifies it elsewhere. Those slain in cold blood in  Zara, Aleppo and other places will be a curse, that the world cannot afford the tragic results of, whatever is claimed about adherence to the values of humanity, freedom and justice. No one should think that this condoning of these barbaric acts will not bring disasters to the world, even though those oppressed people could not do anything, but the sky and the universe are recording all these messages sent by those responsible for these torments in all parts of the word, this injustice that spreads not only in Syria but in more than one place, and causes the transmission of very painful messages to the universe in which we live, these messages will be recorded and preserved, and the answers of the universe will inevitably come, when it reaches a level, which we cannot determine, but only the universe itself can, and then it will be a disaster for everyone.