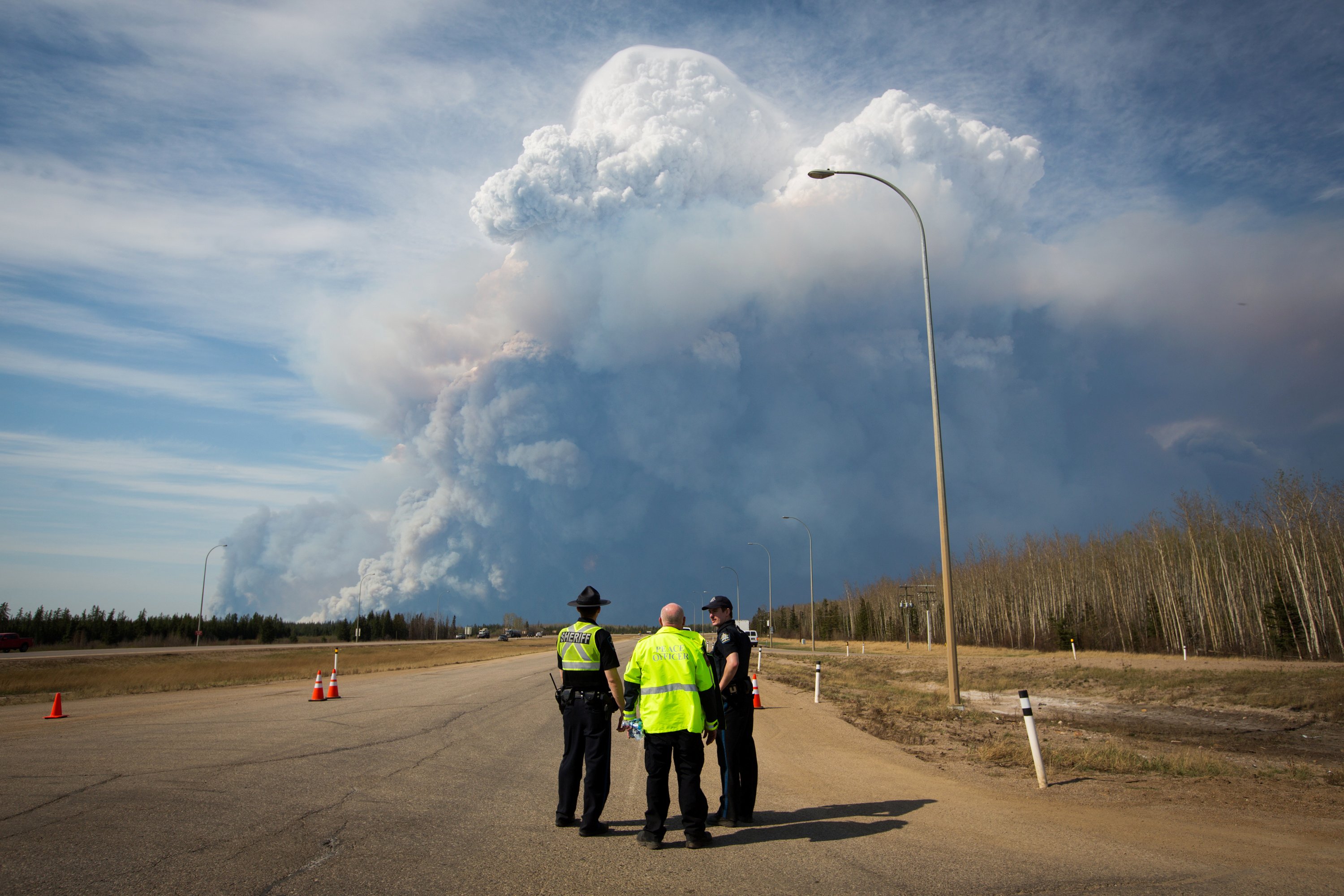 The nuclear waste site at the heart of Canada’s wildfires

Just south of the Canadian city of Fort McMurray, in an area partly ravaged by flames, sits a nuclear waste site.

Situated at the extreme north of the Beacon Hill landfill tip, it contains some 42,500 m3 of radioactive minerals, including uranium and cesium.

But does it pose a threat to society today? According to information gained by euronews reporter Renaud Gardette, the site lies in the middle of the huge wildfires, blazing uncontrollably since May 1.

Why was the landfill created?

To understand the origins of the landfill site, we must first go back to 1982 when Canada launched an extensive exploration and containment of low-level radioactive land programme all over the territory. It was piloted by the Low-Level Radioactive Waste Management Office (LLRWMO).

In Fort McMurray, radioactive minerals were regularly discharged and used along the Northern Transportation Road. Built in the 1930s, the thoroughfare was initially used to transport uranium from the Port Radium mine (Northwest Territories) to Fort McMurray. From there, uranium was also transported by train to Port Hope, Ontario.

The Port Radium mine closed in 1960. Thefts and pillages occurred along the road and that is where the contamination is most visible.

The LLRWMO detected more radioactive sites around Fort McMurray. Work began in 1992 and, up to 2003, 42,500m3 of waste were sent to a specially-engineered landfill with a double layer of clay, several management systems, protection and monitoring, as well as a layer of earth and grass.

The site is monitored annually by the LLRWMO.

Does the site really exist?

The site’s existence is confirmed in several reports, including the Inventory of Radioactive Waste in Canada, published in 2012 by the LLRWMO.

Several questions have arisen. Was the site burnt in the wildfires? Have radioactive particles been emitted into the atmosphere? What is the risk to the environment?

For the moment, no specific warning has been triggered.

The response from the Canadian authorities

Canadian Nuclear Laboratories and our Low-Level Radioactive Waste Management Office are responsible for managing historic low-intensity radioactive waste located in the Beacon Hill dump at Fort McMurray. The site is at the north end of the Beacon Hill landfill site, which itself is south of the city of Fort McMurray and west of Highway 63. The approximate coordinates are: 56 degrees 39 ’10 “ N, 111 degrees 20 ’56 “W.

We continue to monitor the situation closely.